Chiefs among centerpieces of NFL slate as they chase repeat

KANSAS CITY, Mo. (AP) — In the makeshift interview room just outside Hard Rock Stadium in Miami, defensive tackle Chris Jones yelled across to Chiefs teammate Frank Clark, vowing that the Super Bowl championship they had just won would not be the last.

Their road to a repeat will begin at home.

And there will be plenty of opportunities for football fans across the country to keep tabs on their progress.

An organization that was merely an afterthought less than a decade ago is now one of the centerpieces of the NFL schedule, which was released Thursday night with plenty of fanfare and even more hope that it will actually be played. The Chiefs will celebrate their first championship in five decades by getting a Thursday night match-up with the Houston Texans, who have quickly become one of their new-look rivals, to officially kick off the 2020 season.

It doesn’t stop there, though. The Chiefs have the maximum allotment of five prime-time games for the second consecutive season, and the front end of their schedule is particularly tough, with three of their first four games against division champs.

“We have the opportunity to compete against some of the great teams in this league,” Chiefs coach Andy Reid said in a statement. “I know our organization and fans get excited for these challenges. We look forward to raising last year’s Super Bowl championship banner and all that comes with defending our title in the 2020 season.”

The game against Houston holds some serious cache if only because it’s another showdown between the Chiefs’ Patrick Mahomes and Texans counterpart Deshaun Watson. It also will be the first chance for the Texans to avenge an embarrassing playoff meltdown, when they squandered a 24-0 lead in an eventual 51-31 loss last season.

After visiting the Chargers, the Chiefs head back across the country for what could be the marquee game of the entire NFL season: Chiefs vs. Ravens, the game that most fans expected — and probably wanted — for last year’s AFC title game.

It’s a match-up of the 2018 league MVP in Mahomes and the 2019 MVP in Ravens quarterback Lamar Jackson — the league’s best arm and arguably best legs. The two teams played early last season in a game won by the Chiefs, and they combined for nearly 1,000 yards and 60 first downs in precisely the kind of shootout one would expect.

The Chiefs return home to face the Patriots, who are now plunging into life post-Tom Brady, and have a Thursday night game at Buffalo and a Sunday showdown with the Panthers in a pair of games likely to draw plenty of viewers.

The first date is the Chiefs’ trip to Tampa Bay, which not only has Brady and unretired tight end Rob Gronwkowski but electrifying playmakers Chris Godwin and Mike Evans. The second date is a potential Super Bowl match-up in New Orleans, which also happens to be the first time Mahomes and the Saints’ Drew Brees will square off against each other.

“Any time you get a chance to play against some of the greatest players to play the game, I always look at that as a great challenge,” Chiefs safety Tyrann Mathieu said after the schedules were released.

Mathieu has been among Chiefs players who have been pointing toward a repeat. The organization signed just about every free agent following its Super Bowl triumph, and it added a couple of helpful pieces — notably first-round pick Clyde Edwards-Helaire, a running back perfect for its scheme — during the draft.

“You know you’re going to get the best effort and the best change-up from every single team,” Mahomes said, “so for us, we’ve seen what the other teams in our division have been doing, and we understand that they’re trying to come out there and compete against us and try to take the crown from us. So it’s about us getting better within ourselves so we can go out there and play our best football when it comes down to it.”

Ravens sign Fluker, who will seek to replace Yanda at guard 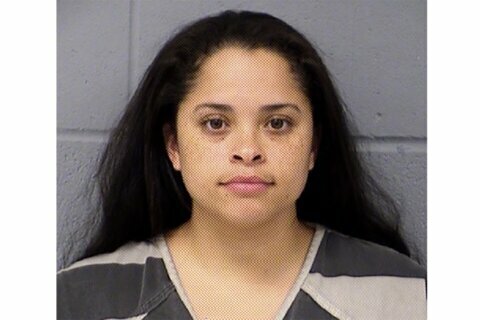 Police: Ravens’ Thomas threatened by wife with gun in Texas