The Orioles have lost six of eight, all at home, including back-to-back games to the last-place Red Sox and Sunday's 1-0 loss dropped them five games out of the AL wild card picture.
Listen now to WTOP News WTOP.com | Alexa | Google Home | WTOP App | 103.5 FM
(1/5) 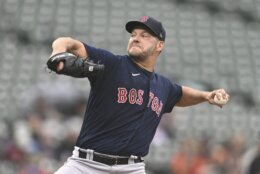 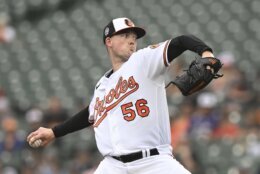 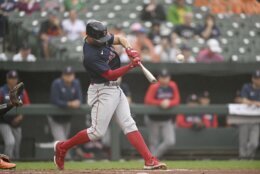 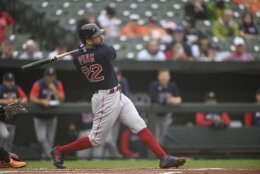 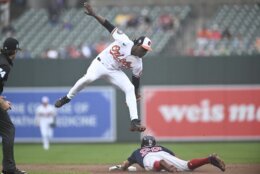 The Orioles have lost six of eight, all at home, including back-to-back games to the last-place Red Sox. Baltimore was 1 1/2 games out of the third and final AL wild-card spot entering Sept. 4, but will begin a five-game road trip at least five games out of the playoffs.

The Orioles went 0 for 7 with runners in scoring position.

“We got guys on in a couple different innings and just couldn’t get that big hit to get something rolling for us,” Orioles outfielder Austin Hays said. “It seems like that’s just where we’re at right now.”

Boston got four hits and the Orioles only had three — every hit in the game was a single.

“We have some guys that are scuffling and we have really big swings, and we need to get back to staying in the middle of the field,” manager Brandon Hyde said.

Hill (7-6) allowed two hits, walking three while striking out seven. The 42-year-old left-hander, who pitched for the Orioles in 2009, improved to 4-1 with a 2.80 ERA in 18 career appearances against Baltimore.

“He’s a crafty pitcher,” Boston manager Alex Cora said. “That’s why I do believe he can pitch until whenever he wants to or his family lets him. You see him, (and) physically he stays in great shape. He’s on top of the craft.”

John Schreiber, Matt Strahm, Garrett Whitlock and Matt Barnes each worked an inning of relief. Barnes worked a perfect ninth to earn his fifth save.

The Red Sox manufactured their run in the first when Tommy Pham singled, stole second, moved to third on a grounder and scored on Xander Bogaerts’ sacrifice fly. It was all they would muster against Baltimore starter Kyle Bradish (3-6), who allowed just one more hit — Rafael Devers’ seventh-inning single — over seven innings.

Bradish struck out three while walking two. The rookie has a 1.44 ERA over his last four starts, and has lowered his ERA from 6.25 to 5.01 in that span.

The start of the game was delayed by 1 hour, 12 minutes because of rain.

Red Sox: 2B Trevor Story departed in the seventh inning with twisted left ankle. “We’ll see how he feels on Tuesday and go from there,” Cora said. … Cora said the team’s goal is to have RHP Nathan Eovaldi (shoulder inflammation) throw live batting practice Tuesday. Eovaldi was placed on the injured list Aug. 22.

Orioles: 2B Rougned Odor left in the ninth with a bruised right hand, and X-rays were negative. Strahm hit Odor on the hand in the seventh, prompting Odor to slam his bat in frustration. … C Adley Rutschman, who fouled a ball off his foot Saturday, was scheduled to have the day off. He flied out as a pinch-hitter to end the game.

Red Sox: After an off day, Boston faces the New York Yankees to begin a two-game series Tuesday at Fenway Park. RHP Nick Pivetta (9-11, 4.29 ERA) is 0-2 with an 11.48 ERA in three starts against the Yankees this season.

Orioles: Baltimore opens a two-game series at Washington on Tuesday, with RHP Dean Kremer (6-5, 3.23) facing the Nationals for the first time. 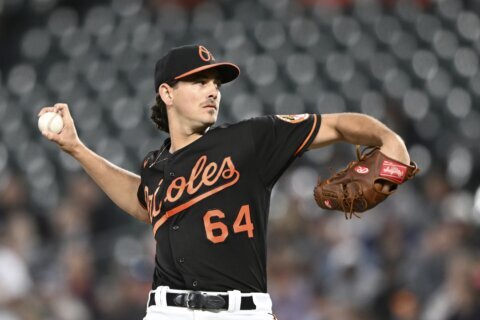 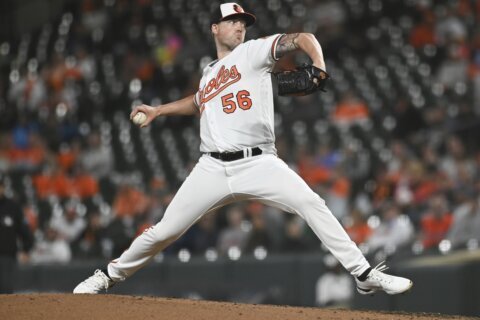