BALTIMORE (AP) — Josh Donaldson and the New York Yankees emerged from a rain delay and finally produced a big inning at the plate.

Donaldson hit his first home run since joining the Yankees, a tiebreaking two-run shot in the fifth inning that lifted New York to a 5-2 victory over the Baltimore Orioles on Saturday night. The Yankees broke through for four runs in the fifth, immediately after a 49-minute rain delay that took place when they had a man on first with one out.

“Even when we hadn’t scored before the rain delay, it was like, ‘Man, these are the at-bats you want to have,’” manager Aaron Boone said. “I just felt from jump street it was much better than last night, and then we were able to finally break through there, obviously.”

Orioles reliever Mike Baumann had just entered the game when heavy rain — including some hail — forced the teams off the field. Travis Lakins (0-1) came on when play resumed with the Orioles up 2-0.

Aaron Judge walked and Anthony Rizzo singled home a run. Giancarlo Stanton followed with a tying double to left-center, although Rizzo was thrown out at home on the play.

Donaldson, who came to the Yankees in a trade with Minnesota before the season, put New York ahead with a drive to right-center — a part of Camden Yards that was left unchanged when the wall in left was moved back and raised.

Cedric Mullins hit a two-run homer for the Orioles in the third. Jameson Taillon pitched 4 2/3 innings for New York, then JP Sears (1-0) came on and earned his first career win, working out of a fifth-inning jam by retiring Ramón Urías on a flyout with the bases loaded.

The Orioles also left the bases loaded in the sixth.

After the game, Sears was optioned to Triple-A Scranton/Wilkes-Barre.

The Yankees couldn’t do anything against Baltimore’s relievers in an 11-inning loss Friday night, but Saturday it was New York’s bullpen that shined. Michael King followed Sears and pitched two scoreless innings. Clay Holmes got four straight outs for his first career save.

The Yankees have a series at Toronto coming up May 2-4. Boone was asked about unvaccinated players, and whether he expects to be without anyone then. “I’m not, but we’ll see,” he said. “I don’t have anything to say on it right now. I don’t think it’s going to be an issue.”

Mullins’ hit was the only one for the Orioles with runners in scoring position. They went 1 for 7 on the night and are 7 for 77 this season in those situations.

“It’s just something we’re struggling with it right now,” Hyde said. “The big hits will come. We’ve got to be patient. We’re playing close games we’re in every single night. Games can be changed with a hit here, a hit there, but happy with how competitive we are. We’re not getting the big hit to make it easy on ourselves.”

Orioles: Hyde said LHP John Means is not likely to pitch any time soon. His timetable is still unclear amid concerns about his elbow, but Hyde said it’s not certain if Means will even pitch again this season. “He’s still seeing some doctors. He’s getting some second opinions,” Hyde said.

The Orioles send Bruce Zimmermann to the mound for the series finale against New York lefty Nestor Cortes. 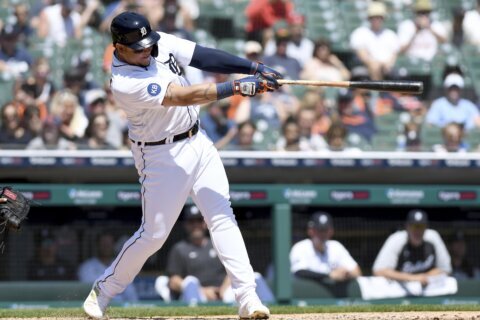 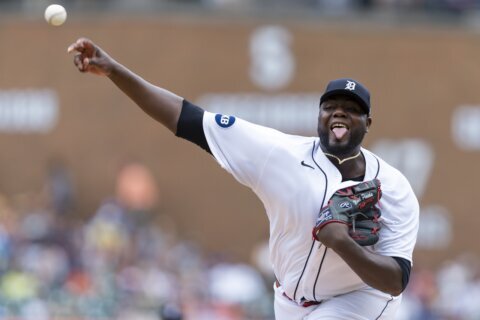 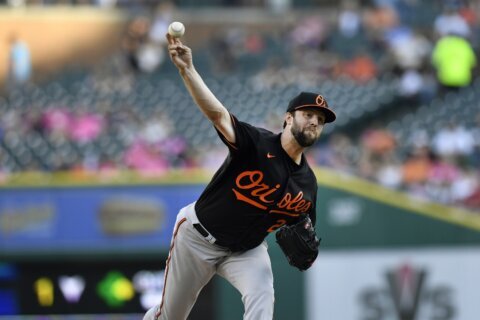