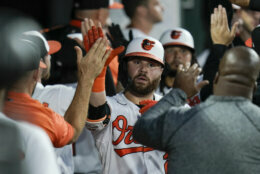 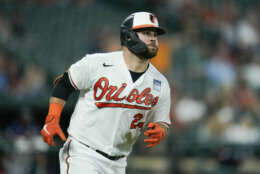 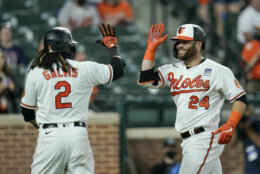 Baltimore has won two straight for the first time since April 30 and May 1 at Oakland.

Mountcastle broke open the game with a three-run shot in the seventh off Alex Colomé that boosted the lead to 6-1. Mountcastle has six extra-base hits in his last nine games.

“Mountcastle’s homer was enormous,” Hyde said. “That was really the hit that we haven’t been getting is kind of the breakthrough homer to get into their bullpen and not have a couple of their high-leverage guys pitch against us every night.”

Reliever Tyler Wells (1-0) held the Twins scoreless with one hit and two strikeouts over three innings.

Baltimore designated hitter Trey Mancini walked and singled and has reached base in 18 consecutive games.

Ryan Jeffers homered and had an RBI triple after being called up from Triple-A St. Paul earlier in the day for the Twins.

“He battled at the plate and hit the ball real good to center field,” Twins manager Rocco Baldelli said. “I think he looked really good. He caught well behind the plate. That’s what he does. Obviously, that’s one of his strengths.”

Minnesota starter Randy Dobnak (1-5) made his third straight start filling in for Kenta Maeda, who is out with a right adductor strain. Dobnak allowed three runs and eight hits with three strikeouts and two walks over 5 2/3 innings.

Dobnak is from near Pittsburgh and had a large contingent of family and friends in the stands, saying “this is the closest we get to home.

“It was pretty cool having them out here,” he said. “For most, it was the first time seeing me pitch. It was kind of special.”

Matt Harvey pitched on three days of rest and threw three innings for Baltimore. He allowed a solo homer to Jeffers in the second that traveled 441 feet.

“I felt good. I think it was the first time I have ever done that,” Harvey said about serving as the opener. “I told (Hyde) I felt fine and was ready to go. I didn’t know how many innings they wanted me to pitch, but I treated it like a normal start and attacked the best I could.”

Baltimore tied it at 1 on a throwing error by second baseman Nick Gordon on a potential double play.

Stewart gave the Orioles a 3-1 lead with a towering two-run shot over the right-field scoreboard in the fifth. Stewart has hit four home runs in the last 10 games and has six on the season.

“We had a team meeting, kind of flush last month away,” Stewart said. “It was bad. I mean, everyone knows it was bad, so kind of looking at this month as a new start. Right now we’re 2-0, enjoy the off-day tomorrow and get back at it against Cleveland.”

After Mountcastle’s homer, the Twins cut the margin to 6-3 on Jeffers’ first career triple off Shawn Armstrong and a sacrifice fly by Jorge Polanco off Paul Fry in the eighth.

The Orioles improved to 8-19 at Camden Yards.

Orioles center fielder Cedric Mullins led off with a single and has 20 hits in the first inning, which is the most for any player in any inning this season.

Orioles: LHP Zac Lowther was recalled from Triple-A Norfolk. INF Tyler Nevin was optioned to the Tides the previous night.

Twins: C Mitch Garver had surgery after going to a local hospital with a severe groin contusion Sunday night, Baldelli. “This is about as painful a situation as you can ever see,” Baldelli said. Garver is out indefinitely. … OF Rob Refsnyder went on the seven-day injured list with a concussion (retroactive to June 1) after crashing into the center-field wall Monday afternoon. OF Gilberto Celestino made his MLB debut in center.

Orioles: OF Austin Hays (hamstring) is beginning a running progression and will have a rehab assignment next week. … RHP Hunter Harvey (left oblique) will rejoin the club sometime over the weekend, manager Brandon Hyde said.

Twins: J.A. Happ (3-2, 5.24 ERA) will start the series opener Thursday in Kansas City. Happ led the Twins to a 6-5 victory over the Royals in his last start Saturday at Target Field, earning the win after allowing two runs on three hits over five innings.

Orioles: Keegan Akin (0-0, 4.80 ERA) will make his second start of the season Friday against the Indians. Cleveland 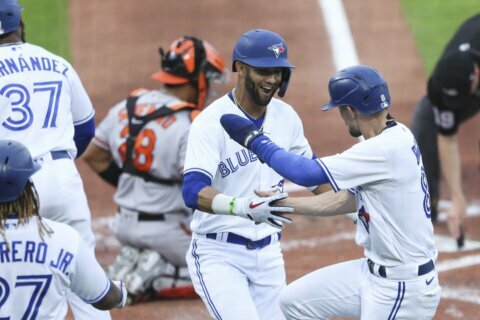 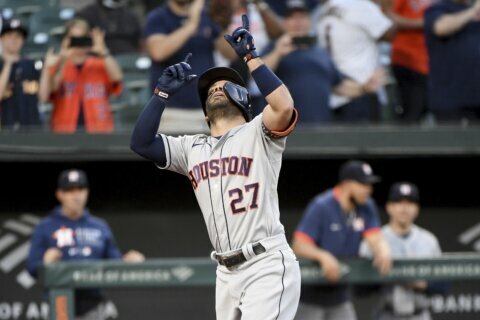