ATLANTA (AP) — After a 15-year career that came up just short of the World Series, Nick Markakis has retired.

Markakis spent his first nine years with the Baltimore Orioles before moving to his hometown Atlanta Braves for his final six seasons.

The 37-year-old outfielder helped the Braves through a difficult rebuilding process that paid off with three straight NL East titles.

A free agent after last season, Markakis told The Athletic in a story published Friday that he was done playing after accumulating 2,388 hits, earning his lone All-Star selection in 2018 and closing out his career in Game 7 of the NL Championship Series.

Braves manager Brian Snitker called Markakis “the consummate pro in everything he did.”

“We got a game away from the World Series,” Snitker said. “I would have loved to do that for him. He was what the Atlanta Braves are all about.”

Even though he no longer fit into the team’s plans, Snitker said Markakis’ presence was missed in the Braves clubhouse. The manager talked with him on Thursday about his retirement plans before he made them official.

“It’s a big hole in there without him,” Snitker said. “We all miss him. Just his stability and the calming influence he had on everybody. It was just a great career. … I felt honored to manage him for the last few years of his career.”

Markakis joined the Orioles in 2006 and played at least 104 games every season until his last, finishing with a career average of .288. He initially opted out of the pandemic-shortened 2020 season, only to change his mind and return to the Braves in a part-time role.

He hit a walk-off homer in his first game back and nearly reached the World Series for the first time.

The Braves won two playoff series — their first postseason victories since 2001 — and took a 3-1 lead over the Dodgers in the NL Championship Series. But Los Angeles rallied for three straight victories to advance to the World Series, where they defeated the Tampa Bay Rays.

Markakis started that decisive game in left field, going 0-for-2 with a strikeout before he was lifted for a pinch-hitter in the seventh inning with the score tied. The Dodgers won the game 4-3 on Cody Bellinger’s homer in the bottom half of the seventh.

Markakis twice batted .300 and had a pair of 100-RBI season with the Orioles. He had double-figure homers every year in Baltimore, including a career-best 23 in 2007.

A native of suburban Atlanta, Markakis joined the Braves as a free agent in 2015 while the team was going through a major overhaul. After three straight 90-loss seasons, the Braves broke through to capture the NL East title in 2018, with Markakis playing a key role.

“He brought exactly what we were looking for,” Snitker said. “The stability, the professionalism. He was accountable to everybody. He went through some tough times here. He’s to be commended for that.”

Markakis had a more limited role his final two seasons with the Braves, but was still a productive player and immensely popular with his teammates.

Both teams that Markakis played for congratulated him on his accomplishments.

“We wish you all the best in your retirement, Nick!” the Braves wrote on their Twitter account.

“Congrats to Nick Markakis on his retirement from baseball after an incredible 15-year career,” said the Orioles, who were Markakis’ team for his first nine seasons. “Thank you for the memories, the hustle, and your countless contributions to this organization. Best of luck in your next chapter, Nick!” 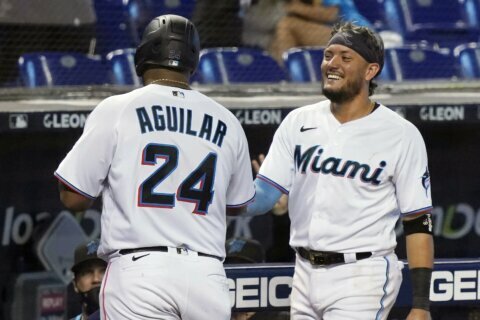 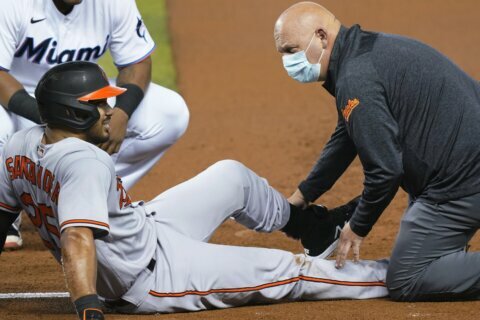 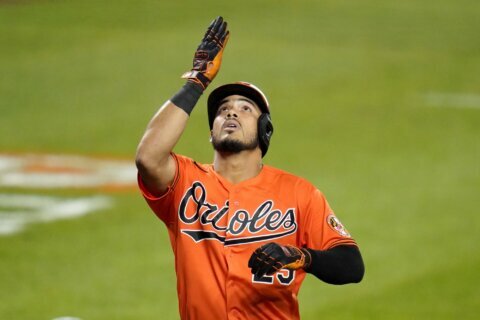 Orioles’ Anthony Santander hurts leg on play at first base