After a year away, Felix Hernández admittedly has some kinks to work out in his pursuit of a big league roster spot.
Listen now to WTOP News WTOP.com | Alexa | Google Home | WTOP App | 103.5 FM

After a year away, Felix Hernández admittedly has some kinks to work out in his pursuit of a big league roster spot.

“I feel like real quick to the plate, like I was rushing the ball, I was opening myself too quick,” Hernández said after making his debut for the Baltimore Orioles on Saturday night. “I’m going to be better at the end of the spring.”

It’s still a bit weird to think of King Felix in another uniform after the right-hander made 418 starts in 15 seasons for Seattle, winning the AL Cy Young Award in 2010.

But his final two seasons with the Mariners were a struggle and he opted out of 2020 because of coronavirus concerns while with Atlanta.

This year, the former ace is with the Orioles as a non-roster invite.

Hernández made his first spring training start of 2021 against Detroit, pitching two innings. He allowed two runs on one hit and two walks, striking out two.

Hernández’s velocity drew some questions postgame, but he said he wasn’t too concerned about it.

“I didn’t pay attention to that. I just go out there and compete,” he said. “I think it was 88 top, but it’s the first day after a year off.”

He caught on with the Braves last year and pitched well during spring training, but he ended up opting out of the coronavirus-shortened season.

Now he’s competing for a spot with the Orioles, who certainly have room for improvement on the mound. Baltimore’s starters had a 5.09 ERA last season, and that was actually an improvement from 5.57 in 2019.

Hernández’s walk rate went up a bit in his last few seasons with Seattle, and he mentioned the walks as a concern from his start Saturday. Hernández pitched a perfect first inning but walked two in the second, and both of those runners scored.

“I don’t throw that many walks. I’m the guy that attacks the strike zone and goes after hitters,” Hernandez said. “It’s going to change after that.”

At this point, though, Hernández is just happy to be back on the mound and in a position to improve.

“It was good. I was happy that I had a chance to pitch again after a year off,” he said. “The result could have been better, but I’m happy with it.” 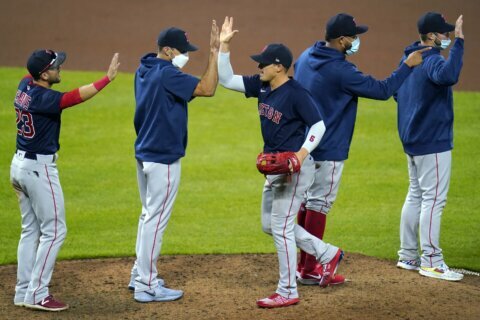 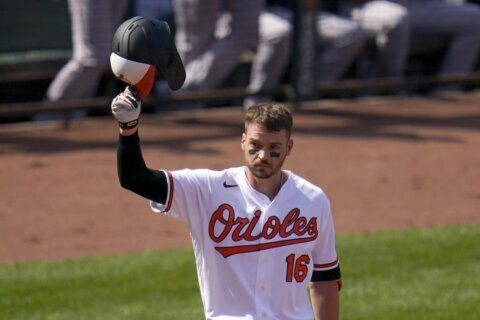 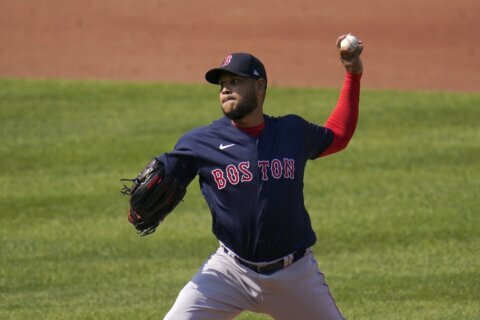