BALTIMORE (AP) — Adam Duvall tied a Braves record with his 10th homer in September, and Atlanta used the collective work of six pitchers to beat the Baltimore Orioles 5-1 Tuesday night.

Freddie Freeman had three hits, including a pair of RBI doubles, to help the Braves bounce back from a 14-1 drubbing by Baltimore one night earlier.

The victory, combined with Miami’s loss to Boston, left Atlanta with a 3 1/2-game lead in the NL East as the abbreviated 60-game schedule nears its conclusion. The Braves have 11 games left and Miami has 14 to go.

Duvall hit a solo shot off Thomas Eshelman (3-1) to make it 2-0 in the fourth inning. It was his 15th home run of the season and 10th in 15 games this month, matching the Braves mark for September shared by sluggers Dale Murphy (1983) and Chipper Jones (1999).

The score stayed that way until Freeman doubled and scored in a three-run ninth.

With Freeman riding a 10-game hitting streak, Duvall regularly going deep and several others knocking the ball around, the Braves have weapons beyond their formidable bullpen.

“It’s very impressive,” Duvall said. “I’ve been on some good offensive lineups, but this one is top tier. Day in and day out, you almost expect it every day.”

Injuries to several members of the starting rotation have forced the Braves to rely more heavily on their batters, and for the most part they’ve delivered.

“It’s been a little surprising,” manager Brian Snitker said. “They’ve all gotten it going together. In our circumstances, thank God we did. If we had to pick something to jell with what we’ve been through, that’d be the one aspect we really needed.”

Huascar Ynoa allowed two hits over four innings and the bullpen gave up just two hits the rest of the way. Former Orioles reliever Darren O’Day (4-0) worked the fifth, the first of five pitchers to throw one inning apiece.

Ynoa needed three more outs to get his first big league win, but stiffness in his lower back ruined his bid.

“We didn’t want to push him. We wanted to get out in front of it,” Snitker said.

It was Atlanta’s first win at Camden Yards in 11 years, and with a victory Wednesday the Braves will earn their first series win in Baltimore since 2004.

José Iglesias had two hits and a ninth-inning RBI for the Orioles, who have lost six of seven.

Manager Brandon Hyde was ejected in the fourth after he emerged from the dugout to argue the ruling that Ronald Acuña Jr. did not swing on a 3-1 pitch.

“We had some disagreement on a few check swings,” Hyde said. “A pretty quick hook.”

Hyde was ejected almost as soon as he came out of the dugout, then was told by first base umpire Brennan Miller that he was too close in this age of social distancing.

“It was definitely the weirdest ejection I’ve ever been part of,” Hyde said.

The wait is over for left-hander Cole Hamels, who is poised to come off the 45-day injured list Wednesday night and pitch for the first time as a member of the Braves.

After signing a one-year contract with Átlanta in December, Hamels arrived at spring training with a sore shoulder. Then, he developed triceps tendinitis during summer camp.

The rehab, at long last, is done.

“Now it’s just a matter of being around these guys. That’s the thing you miss the most,” Hamels said. “I was able to watch them play, but you’re not able to celebrate with them.”

Hamels, 36, has designs on carrying the Braves into the playoffs and deep into the postseason. Pitching is what he does best, and the four-time All-Star hasn’t done it competitively since September with the Cubs.

“It’s something that I know I love to do,” he said, “and I’m excited to be able to do it in a Braves uniform.”

Braves: Hamels is 2-4 with a 5.48 ERA in seven career appearances against Baltimore.

Orioles: Rookie LHP Keegan Akin (0-1, 4.61) tries to rebound from a poor outing against the Yankees in which he failed to get out of the first inning. 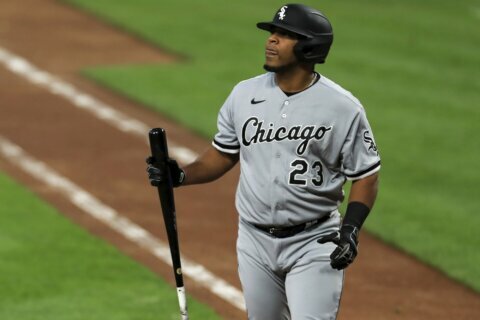 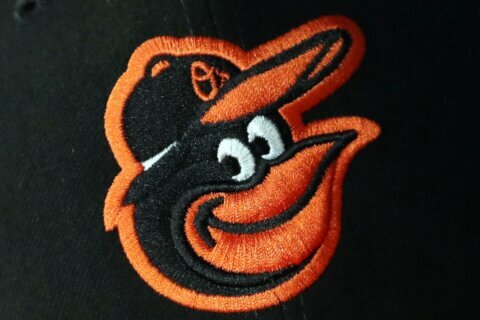