BOSTON (AP) — Massachusetts Gov. Charlie Baker will be throwing out the first pitch on Opening Day for the Boston Red Sox. Wait, no, he’s not. Actually, yes, he is.

Hours before the first game at Fenway Park this season was set to begin Friday evening, there was confusion about whether the Republican governor would be participating in the ceremonial first pitch.

Baker’s office sent out an email early Friday saying he would.

But Red Sox President and CEO Sam Kennedy denied it, telling WEEI radio: “We hope he’s going to be there, but I can confirm he’s not throwing the pitch.”

A bit later, a spokesperson for the team said Kennedy misspoke.

“The Governor is, in fact, one of the participants in tonight’s ceremonial first pitch,” Zineb Curran said in an email.

The Sox are set to take on the Baltimore Orioles for the first game of the shortened season delayed by the coronavirus pandemic. No fans will be in the stands. 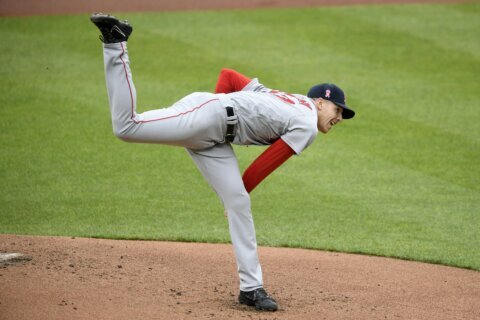