BALTIMORE (AP) — Following three straight frustrating seasons that led him to consider retirement, Chris Davis was in the midst of an outstanding spring training when Major League Baseball came to a halt because of the deadly coronavirus.

Now, as the slugger strives to find ways to keep his three daughters amused while confined to his house, Davis remains confident that he’s poised to return to the form he displayed before signing a much-publicized and subsequently criticized seven-year, $161 million contract with the Baltimore Orioles.

Davis got that deal after winning his second home run title in 2015. He hasn’t been the same since then.

Davis has seen his long ball production dwindle in each of the last three years, down to a paltry 12 in 2019. He finished with batting averages of .215, .168 and .179 over that span while totaling a whopping 526 strikeouts. He closed the 2018 season without a hit in his last 21 at-bats and extended the streak to a record-setting 0 for 54 before finally breaking through last April.

After pondering retirement this past offseason, Davis instead added 25 pounds of muscle and arrived at camp eager to rebound. And that is exactly what he did, batting .467 with three homers and nine RBIs in 15 at-bats over nine games. Then, COVID-19 sent everyone home with the uncertain feeling of if, or when, the players will return.

“Baseball is obviously a huge part of my life, a huge part of a lot of people’s lives, but right now the most important thing is to deal with this virus and put it past us,” Davis said Tuesday in a conference call with the Baltimore media. “I’m looking forward to getting things rolling but right now we’re just in that idle waiting period.”

The 34-year-old first baseman has been operating in offseason mode, working out at in the same fashion as he did during the winter.

“It was nice to see some results and to have a little bit of peace of mind that what I was doing this offseason really worked,” Davis said. “For me, that was a positive — confirmation to know that I could come back home and continue what I was doing and not make any adjustments. I feel like I’m still swinging the bat just as well as I was when the games ended and I look forward whenever we can start back up.”

The rebuilding Orioles can only hope that they can count on Davis to regain his power stroke. Though general manager Mike Elias has shaved the payroll and stocked the team with young players, he’s got no wiggle room with Davis, who still has three years left with a base salary of $17 million per season.

If all goes as planned, Davis will provide some return on that investment in 2020.

“I honestly feel like I’m still ready to roll right now,” he said.

Davis knows Orioles fans can’t wait to flock to Camden Yards, even though the team is coming off two straight 100-loss seasons.

“It’s been uplifting to hear the amount of people that are just in love with the game of baseball and that they’re ready to see guys on the field again,” he said. “I know that once we do get everything squared away and get kind of a handle on everything, there are going to be a bunch of smiling faces in the ballpark. I look forward to that day.” 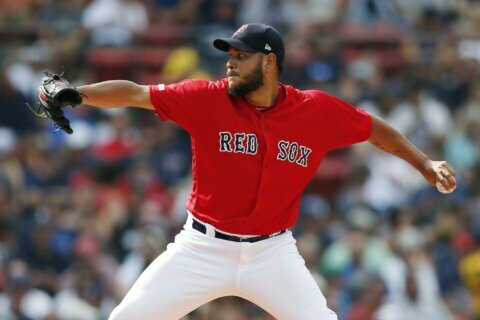 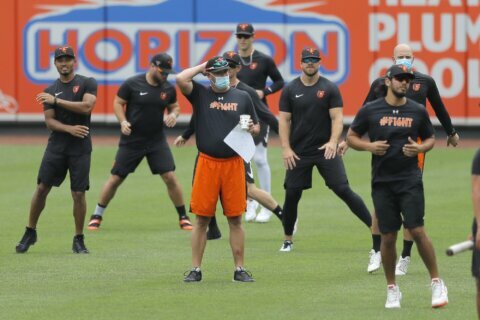