BALTIMORE (AP) — The Orioles filled a hole in the middle of the infield by agreeing to a $3 million,…
Listen now to WTOP News WTOP.com | Alexa | Google Home | WTOP App | 103.5 FM

BALTIMORE (AP) — The Orioles filled a hole in the middle of the infield by agreeing to a $3 million, one-year contract with shortstop José Iglesias, a person familiar with the situation told The Associated Press.

The person spoke to the AP on condition of anonymity Monday because no official announcement had been made. The deal includes a club option for 2021.

Iglesias provides the rebuilding Orioles a solid glove and an effective bat. Although Baltimore general manager Mike Elias has cut payroll while trying to overhaul the roster, the Orioles desperately needed a shortstop after trading veteran Jonathan Villar to Miami in December for a minor league pitcher in a cost-cutting move.

The deal would be worth about $6 million for the 30-year-old Iglesias if Baltimore exercises its 2021 option.

Iglesias hit .288 and reached career highs with 11 homers and 59 RBIs for Cincinnati last year. Since breaking into the majors with Boston in 2011, Iglesias has a .273 career batting average with the Red Sox, Tigers and Reds.

His defense makes him especially valuable to the Orioles, who will likely have a young starting rotation in need of a strong fielding behind them. Iglesias has had only one season in which he reached double figures in errors. He committed only nine errors in 144 games with Cincinnati last year.

Villar had 12 errors in 97 games at shortstop with Baltimore last year. The Orioles also used Rule 5 rookie Richie Martin at shortstop last season. He batted only .208 and committed 10 errors in 117 games.

Baltimore has lost more than 100 games in each of the last two seasons. The rebuild is far from over, but the addition of Iglesias brings stability behind a pitching staff that had an unsightly 5.59 ERA in 2018.

The agreement was first reported by mlb.com. 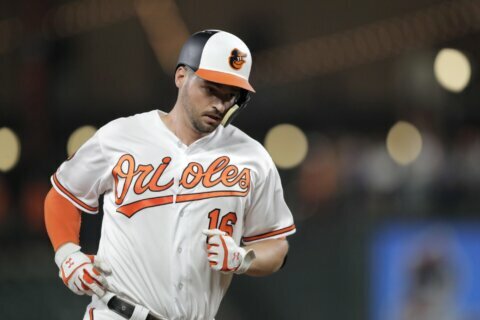 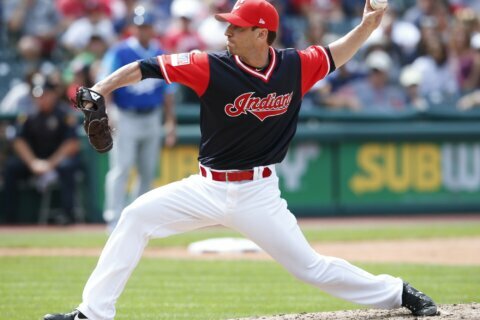