Back in cleanup spot, Davis homers as Orioles top Angels 5-1 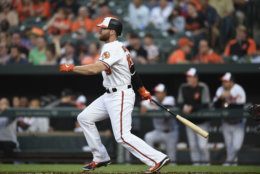 Not long ago, the Orioles slugger looked like he was carrying the weight of the entire franchise on his shoulders.

Davis homered in his return to the cleanup spot in Baltimore’s batting order, homering for the second time in three games to help the Orioles beat the Los Angeles Angels 5-1 Sunday and avoid a three-game sweep.

“It was nice being in the four-hole. It felt very familiar,” Davis said.

“I just like the way he’s been swinging the bat,” Orioles manager Brandon Hyde said. “I was switching some things up and seeing what it looked like.”

Davis homered off rookie Griffin Canning (1-1) leading off the second, and Stevie Wilkerson went deep two batters later. Dwight Smith Jr. hit a two-run homer in the third for a 4-1 lead, and Pedro Severino connected in the sixth against Noé Ramirez as the Orioles stopped a four-game losing streak.

Angels designated hitter Shohei Ohtani got the day off and Albert Pujols was 0 for 4 as the Angels’ DH, lowering his batting average to .217.

Rookie John Means (5-3) allowed one run, four hits and three walks in six innings, throwing a season-high 110 pitches and lowering his ERA from 2.48 to 2.33. The Angels fell to 4-11 against left-handed starters.

“I feel good about it, but I definitely wasn’t on,” Means said. “Didn’t feel great. Didn’t feel like my fastball command was there. I was just lucky that I could throw my changeup and slider for strikes.”

In a game that started 2 hours, 42 minutes late because of rain, Canning made his third big league start and gave up four runs, five hits and four walks in 4 2/3 innings.

“I made some good pitches, but they definitely jumped on mistakes,” Canning said. “I liked my curveball a lot. It’s something I worked on this week. My slider wasn’t very good today.

Angels: OF Peter Bourjos, who was designated for assignment last week, cleared waivers and was unconditionally released.

The Angels scored one or no runs in a game for the sixth time this season. They are 1-12 when scoring three or fewer runs.

Orioles: LHP Richard Bleier (shoulder tendinitis) had consecutive one-inning scoreless appearances at Double-A Bowie and is set to join Class A Frederick on Tuesday. “He came out of the back-to-back feeling good and on track to join us here at some point,” manager Brandon Hyde said. … Austin Hays (left thumb sprain) completed a stint at extended spring training and will play at Class A Frederick.

Orioles: David Hess (1-4, 5.50 ERA) is to face the New York Yankees on Monday for the second time this season. He lost on April 7 after allowing four runs over five innings. 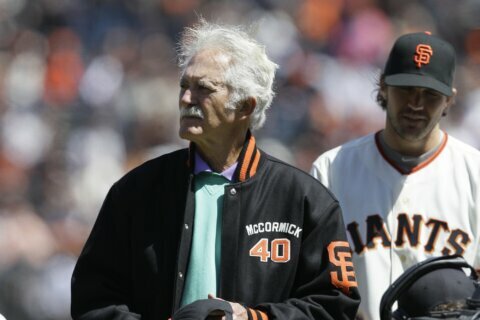