On March 19, 1945, during World War II, 724 people were killed when a Japanese dive bomber attacked the carrier USS Franklin off Japan (the ship was saved). Adolf Hitler ordered the destruction of German facilities that could fall into Allied hands in his so-called “Nero Decree,” which was largely disregarded.

In 1859, the opera “Faust” by Charles Gounod premiered in Paris.

In 1942, during World War II, President Franklin D. Roosevelt ordered men between the ages of 45 and 64, inclusive, to register for non-military duty.

In 1987, televangelist Jim Bakker resigned as chairman of his PTL ministry organization amid a sex and money scandal involving Jessica Hahn, a former church secretary.

In 1991, Polish President Lech Walesa arrived in Washington for his first state visit to the United States.

In 1995, after a 21-month hiatus, Michael Jordan returned to professional basketball with his former team, the Chicago Bulls.

In 2003, President George W. Bush ordered the start of war against Iraq. (Because of the time difference, it was early March 20 in Iraq.)

In 2007, a methane gas explosion in a Siberian coal mine killed 110 workers.

In 2013, Pope Francis officially began his ministry as the 266th pope, receiving the ring symbolizing the papacy and a wool stole exemplifying his role as shepherd of his 1.2-billion strong flock during a Mass at the Vatican.

In 2020, President Donald Trump focused attention on a malaria drug, chloroquine, as a possible coronavirus treatment; the FDA issued a statement saying that there were “no FDA-approved therapeutics” to treat COVID-19.

Ten years ago: An assailant on a motorbike opened fire with two handguns in front of a Jewish school in the southern French city of Toulouse, killing a rabbi, his two young sons and a girl. (The gunman, French-born Mohammed Merah, was killed in a gunfight with police after a 32-hour standoff at his apartment; he had also killed three French paratroopers.) The Justice Department announced it had begun an investigation into the fatal shooting of 17-year-old Trayvon Martin in Florida by a neighborhood watch captain, George Zimmerman. (No federal civil rights charges were filed; Zimmerman was acquitted of second-degree murder after claiming self-defense.)

Five years ago: Author-columnist Jimmy Breslin, the legendary street-smart chronicler of wise guys and underdogs, died at his Manhattan home at age 87.

One year ago: President Joe Biden and Vice President Kamala Harris visited Atlanta, days after a white gunman killed eight people, most of them Asian American women, in the Atlanta area. The United States accused China of committing “genocide and crimes against humanity” against Uyghur (WEE’-gur) Muslims and other minorities; China accused the U.S. of discrimination “and even savage murder of people of African and Asian descent.” Four men described as leaders of the far-right Proud Boys were indicted on charges stemming from the Jan. 6 riot at the Capitol. (The four remain jailed and are awaiting trial.) The U.S. cleared President Joe Biden’s goal of injecting 100 million coronavirus shots, more than a month before his target date of his 100th day in office. 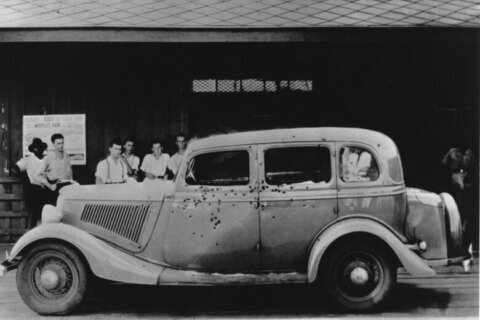