Novak Djokovic back in Australia a year after deportation

ADELAIDE, Australia (AP) — Novak Djokovic has arrived in Australia almost a year after he was deported over his stance against COVID-19 vaccination, Tennis Australia confirmed Wednesday.

Djokovic will open his 2023 campaign in Adelaide as he prepares for a shot at a 10th Australian Open title.

The 21-time major winner has been granted a visa by the Australian government and is listed to play at the Adelaide International, which starts Sunday.

The 35-year-old Serb arrived in Adelaide on Tuesday night, the governing body confirmed.

“Novak is welcome in Australia,” Tiley said. “I think as we speak he has landed in Adelaide and he’s going to be the player to beat (at the Australian Open) again.”

The Australian Open runs from Jan. 16-29 in Melbourne.

Djokovic missed the Grand Slam last year because of his refusal to be vaccinated against COVID-19. Australia has since lifted strict rules for unvaccinated travelers.

Immigration Minister Andrew Giles last month confirmed that Djokovic, who had been facing a possible three-year ban after being deported, was granted a visa.

Djokovic has won the Australian Open a record nine times, including the last three times he played. Rafael Nadal won the 2022 title in Djokovic’s absence.

“Over the years I’ve been really fortunate to start very strong in Australia and I love playing there,” Djokovic said in Dubai last week at an exhibition tournament. “After obviously what happened earlier this year, hopefully I can have a decent reception there and hopefully that can help me play some good tennis.”

“And I have a lot of confidence that the fans will react like we hope they would react and have respect for that.” 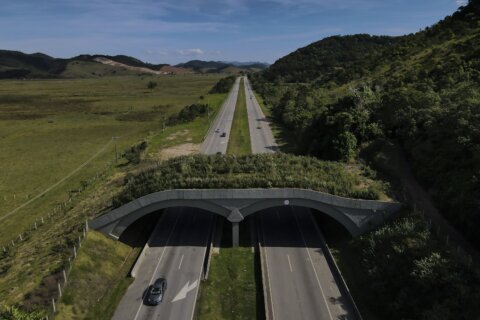