CANBERRA, Australia (AP) — Australia’s government on Thursday said it was seeking assurances from Indonesia that the man convicted of making the bombs used in the 2002 Bali terrorist attacks would continue to be monitored after his release from prison.

Islamic militant Hisyam bin Alizein, also known as Umar Patek, was paroled Wednesday after serving about half of his original 20-year sentence, despite strong objections from Australia.

The attacks killed 202 people, including 88 Australians.

Australia’s Deputy Prime Minister Richard Marles said it was a difficult day for those who lost loved ones in the bombings.

He told the Australian Broadcasting Corp. that his government had advocated against Patek’s early release and would urge the Indonesian government to ensure he was under constant surveillance while on parole.

Indonesian authorities have said Patek, 55, was successfully reformed in prison and they will use him to influence other militants to turn away from terrorism.

Home Affairs Minister Clare O’Neil said it was a horrible day for the victims and their families.

Muhammad Saiqullah, a terrorism analyst at the University of Indonesia, said Patek’s release is unlikely to increase the risk of terrorism in Indonesia partly because extremist cells are more fractured than they were 20 years ago.

“With the government crackdown on radicals, and a close monitoring of him, I doubt Patek is going to have much room for radical activities,” Saiqullah said.

Nasir Abas, an ex-leader of Jemaah Islamiyah who fought in Afghanistan and the Philippines but now works closely with Indonesia’s national counterterrorism agency and the deradicalization program, said he believes Patek has been reformed.

“Many are nervous about the growth of JI with Umar Patek being paroled — that it’s something that will motivate militants in Indonesia,” said Abas, a Malaysian national. “What I want to say is, don’t underestimate his commitment to leaving the jihadist organization.”

Among his conditions for release, Patek swore an oath of loyalty to Indonesia, which Abas said represented a “major shirk for an Islamist radical.”

Bombing survivor Peter Hughes, who gave evidence at Patek’s trial, said he and other survivors were skeptical the bomber was a changed man.

“There is a history of people like him, they won’t stop. For him to be let out is laughable,” Hughes told the ABC.

Another survivor, Jan Laczynski, said he was shocked and appalled at Patek’s release.

“I still can’t understand how this person that created so much loss of life, and not just for 88 Australians — 202 people — could be walking free this morning,” he told Channel 9.

Patek was a leading member of Jemaah Islamiah, which was blamed for the blasts at two nightclubs in Kuta Beach. He was found guilty by the West Jakarta District Court of helping build a car bomb that was detonated by another person outside the Sari Club in Kuta on the night of October 12, 2002.

Moments earlier, a smaller bomb in a backpack was detonated by a suicide bomber in the nearby Paddy’s Pub nightclub. 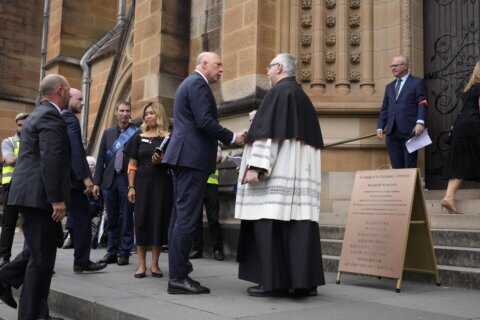