BIRMINGHAM, England (AP) — After her success at the world swimming championships in June, Canadian teenager Summer McIntosh triumphed again at the Commonwealth Games on Friday.

The 15-year-old McIntosh, who became the first Canadian to win two gold medals at a single championship in Budapest, easily beat her opposition in the 400-meter individual medley.

On a night when several Commonwealth Games records were set and the first positive doping test was announced — a boxer from Ghana has been suspended — McIntosh had a personal best of 4:29.01 in her dominant win.

McIntosh is the third-fastest performer in the event’s history and is closing the gap on the world record of 4:26.36 set by Hungarian Katinka Hosszu at the 2016 Olympics in Brazil.

“I was excited to re-do my time from (the) worlds and see what I can do to get better,” McIntosh said. “I’ve been working on a lot of stuff in training so I can execute my 400 IM better than I did at (the) worlds, because I had so much room for improvement, and I still do.”

The Canadian’s triumph split Australian hat tricks, with Ariarne Titmus’s decision to sit out the world championships paying dividends in the 200 freestyle.

Compatriot Mollie O’Callaghan raced at the shoulder of the double Olympic gold medalist throughout but fell short of an upset by less than a second, with Titmus recording a time of 1:53.89. Madison Wilson completed a sweep of medals for Australia when finishing third.

It was a similar case in the men’s 400-meter freestyle to open the night.

Success in the pool, combined with dominance in London in track cycling events, pushed Australia to the top of the medal count on the opening day.

The Lee Valley velodrome was the scene of several new Commonwealth Games records on the first day of track cycling.

The games’ doping and medical commission confirmed Friday that a testing sample from Ghana boxer Shakul Samed violated anti-doping rules and he has been suspended. The commission said Samed’s A sample was found to contain a prohibited substance — the diuretic and masking agent Furosemide. It also said Samed will have the opportunity to provide further information, including requesting analysis of his B sample.

After showing sportsmanship during the men’s triathlon, New Zealand’s Hayden Wilde has protested his second-place finish behind England’s Alex Yee.

The silver medalist slowed shortly before the finish when handed a 10-second penalty for an infraction at the end of the cycling leg.

Competitors are not allowed to unstrap their helmets before their bike is racked.

Rather than challenge for the finish line, Wilde slowed so Yee could cross first and celebrate his victory in the first completed event of the Birmingham games.

Yee, who described winning on home soil as “wicked,” believes his competitor and friend has a case in his quest to share the gold medal.

“I said when I caught him, ‘I’m sorry you got the penalty. It is rubbish’,” Yee said.

The protest was heard on Friday but it could take up to 30 days for a result.

Also, Australian wicketkeeper Alyssa Healy became the first player to claim 100 dismissals in the Twenty20 format of cricket as her country defeated India in the first women’s match held in the Commonwealth Games. 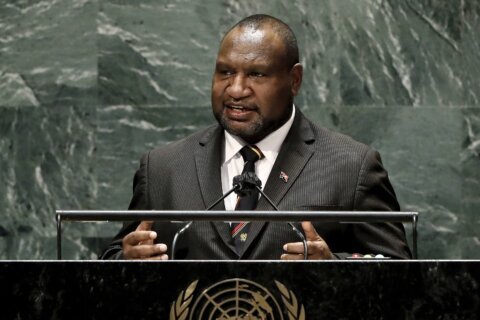 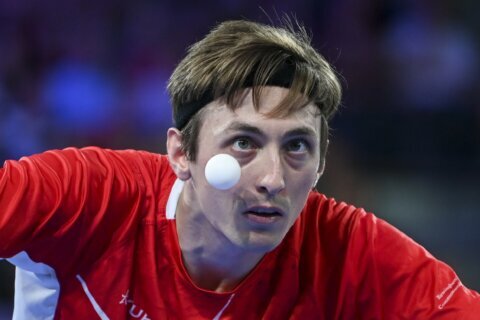