Smith mentioned in his championship winner’s news conference that his father, Des, made the late decision not to fly all the way from Australia just for a week and “he’s definitely kicking himself now. I really wish he was here, too.”

Instead, Des Smith had to watch on TV from the other side of the world as his son started the final round four shots behind before completing the best closing round the Old Course had ever seen to win his first major title by one stroke.

Father and son spoke on the phone just after the new champion had signed his card.

“I just told him I was proud of him and what a great achievement it was for him,” Des Smith told 7 Network’s Sunrise program. “Then I broke down crying, so I couldn’t talk too much.

“We’ve been golfing buddies since he was about three.”

It all finished in the early hours of Monday morning local time in Australia’s east coast city of Brisbane, where the first Australian since 1993 to win the British Open finally got to be the most talked about Cameron Smith in his home state of Queensland. The Open winner in 1993 was Greg Norman and his victory came a month before Smith was born.

A TV anchor on Channel 9’s Today Show introduced news of Smith’s win by saying: “Now this is the golfer, Cameron Smith, winning golf’s biggest prize with a come-from-behind victory for the ages at the British Open.”

For well over a decade a rugby league player, the former captain of Queensland’s so-called State of Origin dynasty and of Australia’s national team, held top rung among the Cameron Smiths in this part of the world.

Smith, the golfer with the flowing mullet and the so-called larrikin sense of humor, has credited the never-say-die spirit of those rugby league teams as his inspiration when he needs to make a comeback.

Des Smith said the pair had spoken after the third round, when his son didn’t have a great day with the putter and had dropped out of the lead, and was confident he was “very mentally strong.”

“Going into the last day, I still thought he was a big chance. He was four back. He always makes a lot of birdies,” Des Smith said. “We just needed to make them on the biggest day of all. He went ahead and done it.”

He certainly did, charging back into contention with a run of five birdies to start the back nine.

“The whole country is proud of him, to be honest,” the proud dad proclaimed. “It’s been a while for us to get an Open championship.”

The Australian Broadcasting Corp. cast Smith’s story as one of a “fearless Queenslander whose humble beginnings made a champion.”

The club was expecting more than a few beers to be poured in celebration. So Cameron Smith, who wondered how many beers might fit into the silver claret jug handed to the British Open champion, won’t be the only one raising a toast.

Ken McKay, a member and the former junior program coordinator at the Wantima course, said the hardest thing for him watching the final round was keeping quiet enough not to wake up everyone else in the house.

“I don’t know how he keeps his nerves of steel, because I was pretty much on the edge of my seat the whole night,” McKay told ABC Australia.

McKay helped get the club’s Cameron Smith Junior Classic started in 2017 as a qualifying tournament for the Greg Norman Junior Masters event. Smith, who has traveled back from the U.S. to support the tournament, has a big and loyal following at the club.

“He’s really grounded. He’s such a nice bloke — always has been — very giving of his time to both the members and the juniors,” McKay said. “He doesn’t let things get to his head.”

Thomson in 1955 and Nagle in 1960 were the only other Australians to win it at St. Andrews.

Thomson’s son, Andrew, said the timing was perfect for another Australian winner, coming on the same day he’d paid a tribute to his father who died in 2018.

“ At 6.45 am this morning I scattered my father‘s ashes on the 18th green of the Old Course. 12 hours later an Australian wins The Open,” Andrew Thomson, who lives in Japan, posted on Twitter. “ Cam Smith, Champion Golfer of the Year. Champagne golf.” 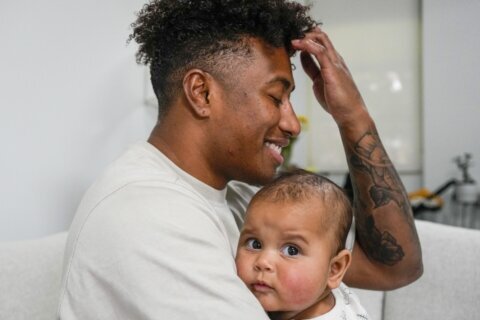 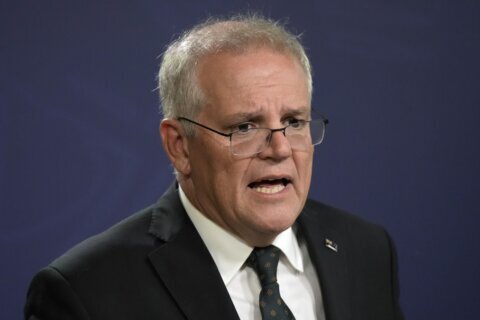 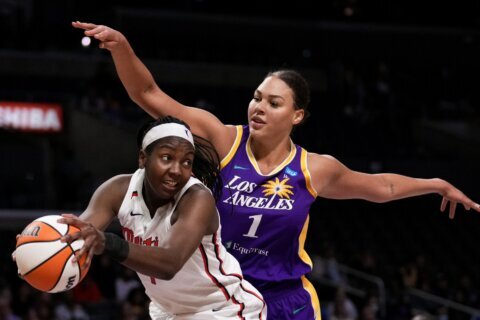