BUDAPEST, Hungary (AP) — Katie Ledecky started the United States’ medal collection at the world swimming championships with a gold by reclaiming her title in the women’s 400 meters on Saturday.

The Americans finished the first day of racing with two gold, one silver and three bronze.

Ariarne Titmus pipped Ledecky to the title in 2019 and took her world record last month but the Australian has skipped the worlds in Budapest to focus on the Commonwealth Games next month in England.

“It’s great to get the first gold medal for the U.S. team,” said Ledecky, who said she’s working on reclaiming her record, too. “I’m on the right track.”

Winning the 400 gave Ledecky her 16th gold at a worlds and 18th overall. She’s just one behind Natalie Coughlin for the most all-time medals by a female swimmer in world championships history.

Ledecky next turns attention to a potential fifth consecutive world title in the 1500 with heats on Sunday before the final on Monday.

“I just wanted to have fun and race and push and hang on with the others,” McIntosh said.

Both were well ahead of the competition, with American Leah Smith 3.93 behind Ledecky in third and Australia’s Lani Pallister finishing fourth.

The American relay team of Caeleb Dressel, Ryan Held, Justin Ress and Brooks Curry won the men’s 4×100 freestyle final, clocking 3:09.34 to finish ahead of the Australians in second and Italians in third.

The Australian women responded by winning their 4×100 freestyle final, 1.20 ahead of the Canadians and 1.63 ahead of the Americans.

“Everyone did her job,” Wilson said.

Australia’s Elijah Winnington took the first gold of the evening when he powered home in the final length of the men’s 400 meters to overtake Germany’s Lukas Martens. Winnington clocked 3 minutes, 41.22 seconds, a personal best and the third fastest time at a worlds.

“I try to keep up with the Australian guy but in the end he swam away,” said Martens, who finished 1.63 seconds behind.

None of the medalists from 2019 raced in the men’s 400. Sun Yang of China is banned for a doping infringement, Australia’s Mack Horton – the 2016 Olympic champion – failed to qualify by 0.10 seconds, and Gabriele Detti did not enter.

Léon Marchand won gold for France with a dominant display in the men’s 400 medley. The 20-year-old Marchand clocked 4:04.28 for a European record and the second fastest ever after Michael Phelps’ record of 4:03.84 from the 2008 Olympics in Beijing.

“I really thought I was done and I can’t be upset with this bronze,” said Kalisz, who took gold when Budapest previously hosted the worlds in 2017.

Britain’s Benjamin Proud was 0.03 seconds faster than Dressel and Italy’s Thomas Ceccon in the semifinals of the men’s 50 butterfly. The final is on Sunday.

American Torri Huske was quickest in the women’s 100 butterfly semifinals, and Alex Walsh led an American 1-2 with Leah Hayes ahead of Australia’s Kaylee McKeown and Canada’s Mary-Sophie Harvey in the semifinals of the women’s 200 medley.

There were huge cheers for any Hungarian swimmers from spectators at Duna Arena. FINA, the sport’s governing body, appealed for fans to clap rather than cheer as a precaution against coronavirus infections. There were no other requests or restrictions.

Budapest stepped in to host the event after it was twice postponed from its original dates in Fukuoka, Japan due to a clash with the Tokyo Olympics last year, then due to the pandemic this year. 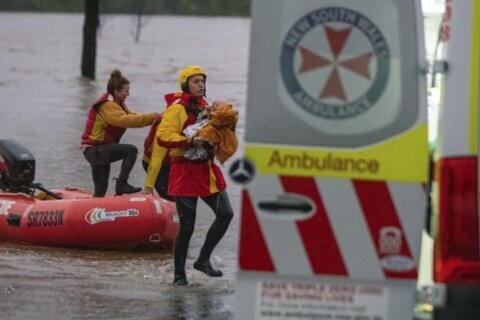 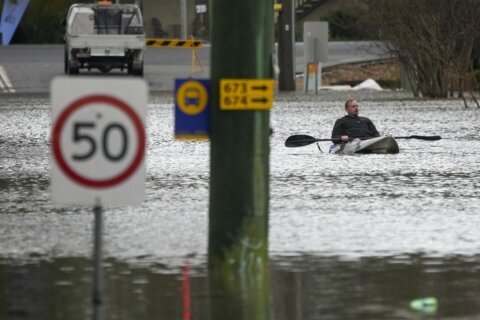 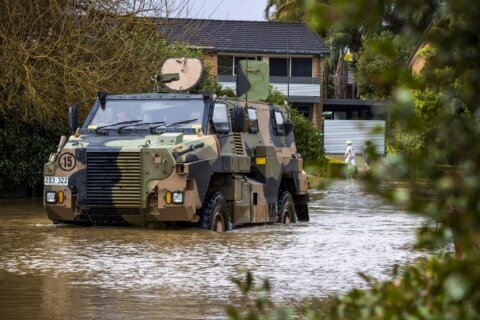