Top-ranked Barty retires at 25, goes out on her own terms 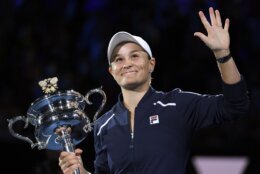 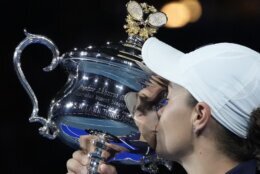 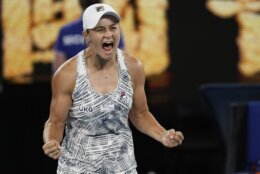 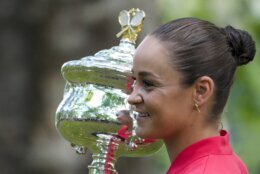 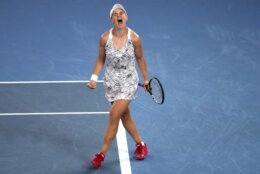 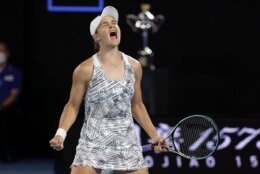 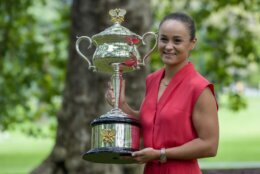 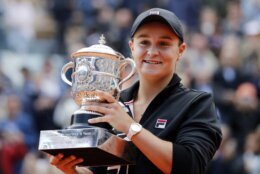 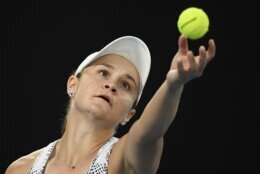 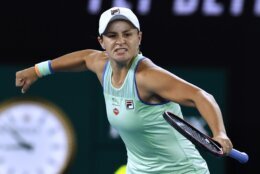 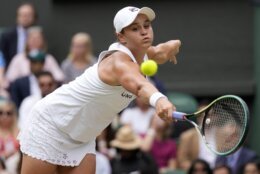 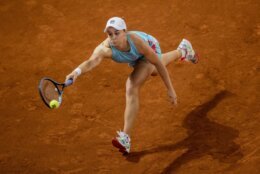 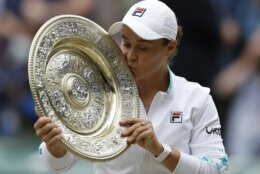 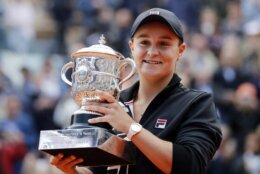 BRISBANE, Australia (AP) — Ash Barty did things on her own terms as she won three Grand Slam singles titles and spent more than two consecutive years at No. 1 in the women’s tennis rankings.

She retired on her own terms, too. At the age of 25, just two months after winning the Australian Open title.

The announcement stunned the tennis world on Wednesday.

“I just know at the moment, in my heart, for me as a person, this is right,” Barty said, her voice shaky at times, during a six-minute video posted on her Instagram account Wednesday in Australia.

Saying it was time to “chase other dreams,” Barty, who announced her engagement to trainee golf professional Garry Kissick in November, said she no longer feels compelled to do what she knows is required to be the best she can be at tennis.

“It’s the first time I’ve actually said it out loud and, yeah, it’s hard to say,” Barty said during an informal interview with her former doubles partner, Casey Dellacqua. “I don’t have the physical drive, the emotional want and everything it takes to challenge yourself at the very top level any more. I am spent.”

This is not the first time Barty walked away from tennis: She was the Wimbledon junior champion at age 15 in 2011, presaging a promising professional career, but left the tour entirely for nearly two years in 2014 because of burnout, overwhelmed by the pressure and travel required.

She played professional cricket back home in Australia, then eventually picked up a racket once again and returned to her other sport.

Barty went on to win singles major championships on three different surfaces — on clay at the 2019 French Open, on grass at Wimbledon last year and on the hard courts of Melbourne Park in January, becoming the first Australian player in 44 years to triumph at the nation’s Grand Slam tournament.

But she hasn’t played a tournament since being presented with her Australian Open trophy by seven-time Grand Slam singles champion Evonne Goolagong Cawley, her mentor and Indigenous and Australian tennis icon, after a straight-sets final victory over Danielle Collins.

“I am so supportive of Ash that she does what makes her happy,” Goolagong Cawley told The Associated Press. “I can’t wait to see what happens in the next chapter of Ash’s life, and what helps her achieve her dreams.”

Her announcement was all the more stunning from an on-court perspective given her recent run of success: Barty had won 25 of her last 26 matches and three of her past four events.

Only one other woman has walked away from the sport while atop the WTA rankings: Justine Henin was No. 1 when she retired in May 2008.

In a statement released by the WTA, CEO Steve Simon called Barty “the ultimate competitor.”

During her 21-month sabbatical from tennis as a teen, Barty played cricket with the Brisbane Heat of the Women’s Big Bash League. She returned to tennis in May 2016, playing a $50,000 ITF event in Eastbourne.

“I know I’ve done this before,” Barty said with a laugh in the retirement video, “but in a very different feeling. I’m so grateful to everything that tennis has given me. It’s given me all of my dreams, plus more, but I know that the time is right now for me to step away and chase other dreams and to, yeah, put the rackets down.”

A semifinal loss to Petra Kvitova in Doha in February was the last match she played in 2020; Barty stayed home in Australia for the balance of the season when the global pandemic emerged.

After six months on the road in 2021 and after winning five titles, including at Wimbledon, Barty ended her season abruptly after a loss to Shelby Rogers at the U.S. Open.

“Wimbledon last year changed a lot for me as a person and for me as an athlete,” Barty said. “When you work so hard your whole life for one goal — to be able to win Wimbledon, which was my dream, the one true dream that I wanted in tennis, that really changed my perspective.”

She described what she termed a “gut feeling” after Wimbledon about maybe being ready to move on, but she also described herself then as not “quite fulfilled.” Her victory at the Australian Open satisfied another gap, and Barty said she was completely aware that “my happiness wasn’t dependent on the results.”

Barty was one of the most popular players on tour, and many praised her in retirement on Wednesday.

“Ash, what can I say, you know I have tears right?” tweeted Simona Halep. “My friend, I will miss you on tour. You were different, and special, and we shared some amazing moments . . . Be happy and enjoy your life to the max.”

Madision Keys posted: “An incredible tennis player but more importantly one of the nicest people on tour.”

“It’s pretty gutsy, it’s pretty noble,” Molik said. “What an athlete, what a trailblazer and what a role model.”

Andy Murray tweeted: “Happy for (at) ashbarty, gutted for tennis, what a player.”

Barty’s closing words, at least for now — she plans a media conference in Brisbane on Thursday — came at the end of the video.

“I’ll never, ever, ever stop loving tennis,” she said. “It will always be a massive part of my life but now I think it’s important I get to enjoy the next phase of my life as Ash Barty the person, not Ash Barty the athlete.”