SYDNEY (AP) — Ons Jabeur advanced to the quarterfinals of the Sydney Tennis Classic by beating two-time Wimbledon champion Petra Kvitova 6-4, 6-4 Wednesday in one of several warm-up tournaments for next week’s Australian Open.

The seventh-seeded Jabeur had five aces and won 76% of her first-serve points to set up a match against fourth-seeded Anett Kontaveit.

“I’ve been working a lot on myself and my mentality,” said Jabeur, who will be seeded ninth at the Australian Open. “Everyone knows if I decide to do something then I do it, and I am going with that mentality from now on.”

French Open champion Barbora Krejcikova had to wait out a rain delay before beating Jaqueline Cristian 6-1, 7-5 in her first singles match of 2022. She will next play Caroline Garcia, who advanced after ninth-seeded Elena Rybakina withdrew from their second-round match because of an injured left thigh.

Third-ranked Garbine Muguruza defeated Ekaterina Alexandrova 6-1, 7-6 (4) to set up a quarterfinal match against Daria Kasatkina. Kasatkina backed up her win earlier this week over 2020 Australian Open champion Sofia Kenin with a 6-3, 6-4 victory over Elise Mertens.

The top two seeds are already out of the Adelaide International 2. Thiago Monteiro was leading 6-7 (2), 6-3, 1-0 when top-seeded Gael Monfils retired with what was reported to be a neck or shoulder problem.

Tuneup tournaments for the season-opening major are continuing in Sydney, Melbourne and Adelaide this week.

While those tournaments were in full swing, the top-seeded players at the Australian Open had practice sessions on the main court at Melbourne Park, with women’s No. 1 Ash Barty followed by nine-time champion Novak Djokovic at Rod Laver Arena. 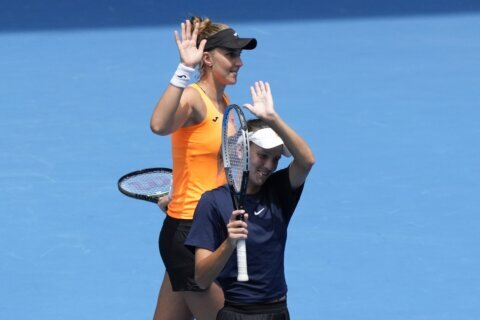 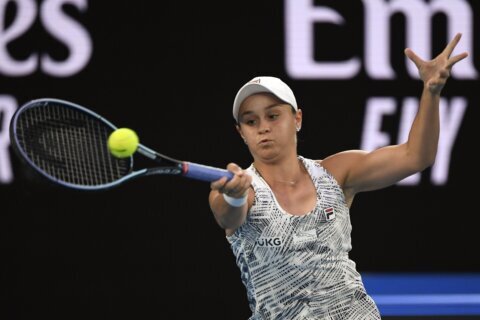 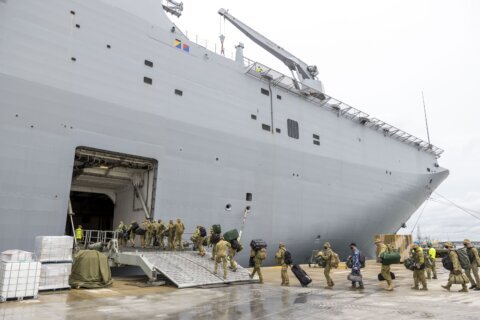