Just to be clear, Djokovic could have steered clear of the entire mess by getting vaccinated like Rafa Nadal, his greatest rival, and just about all the other players, officials, staff members and even fans who set foot inside Melbourne Park when the tournament begins Jan. 17. Or like the “handful” of other players that Australian Open director Craig Tiley acknowledged were also granted exemptions, he could have simply shown up, shut up and kept his fingers crossed hoping that nobody noticed.

Instead, just before his flight from Dubai to Australia, Djokovic bragged about it on Twitter.

“I’ve spent fantastic quality time with loved ones over break & today I’m heading Down Under with an exemption permission,” Djokovic wrote. “Let’s go 2022.”

Djokovic is almost unbeatable at tennis, but politics is a whole other game. By the time he landed at Melbourne’s Tullamarine Airport, a nation that endured months-long lockdowns and kept its border closed until recently was spitting mad. Suddenly, his exemption wasn’t worth the paper it was printed on.

That explained how Djokovic wound up cooling his heels at the airport overnight. Apparently, the quality and variety of the concession stands there were not to his liking since Serbian President Aleksandar Vucic – who spoke with Djokovic at one point – went on Instagram and demanded “the harassment of the best tennis player in the world be stopped in the shortest possible time.”

How long it goes on, though, depends on whether and on what grounds Djokovic appeals the Australian Border Force decision. The Melbourne newspaper The Age quoted sources claiming that Djokovic sought an exemption because he’d contracted COVID-19 in the previous six months. If true, the court case won’t stretch on for long. The Age also reported that federal health authorities informed tournament director Craig Tiley on two previous occasions in writing that any exemption based on a prior infection would not be approved for quarantine-free entry.

“If that evidence is insufficient,” Morrison said, “then he won’t be treated any different to anyone else, and he’ll be on the next plane home.”

Asked whether Djokovic was being singled out, Morrison conceded other players with the same exemption and visa may have slipped into the country. But at least they were smart enough not to announce it.

“When you get people making public statements about what they say they have, and they’re going to do,” Morrison said, “they draw significant attention to themselves.”

Djokovic’s on-court outbursts in the past, as well as his opposition to vaccine mandates and problematic pronouncements on science and medicine have landed him in hot water before. Eighteen months ago, while the coronavirus raged, he organized a tennis exhibition back home in Belgrade that was cancelled after Djokovic and three other participants tested positive. You’d think he would have learned that lesson before now.

“I think if he wanted,” Nadal said when asked about Djokovic, “he would be playing here in Australia without a problem. He went through another – he made his own decisions, and everybody is free to take their own decisions, but then there are some consequences, no?”

And like it or not, the people who run sports have been forced to choose sides in the ongoing public debate about vaccinations and pressed on how to handle a pandemic that waxes and wanes with maddening unpredictability. So it comes as little surprise that their decisions haven’t always been satisfying or consistent.

We’ve already seen Green Bay quarterback Aaron Rodgers miss one game while he was in the NFL COVID protocol and get slapped on the wrist – he was fined $14,000 — for purposely misleading the league about his unvaccinated status for months. Meanwhile, Brooklyn’s proudly unvaccinated Kyrie Irving sat out the entire first half of the NBA season and still will be allowed to play only in Nets’ road games.

If nothing else, Djokovic’s likely exile from Australia and the first major of the tennis season is a sign that while the calendar has turned over, some athletes will insist on remaining behind the times. They can frame that decision any way they choose — it’s theirs to make, after all — so long as they recognize the rest of us don’t have to play along. 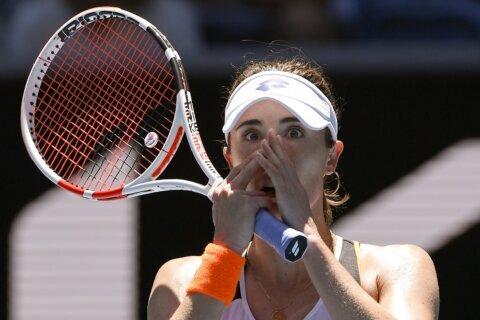 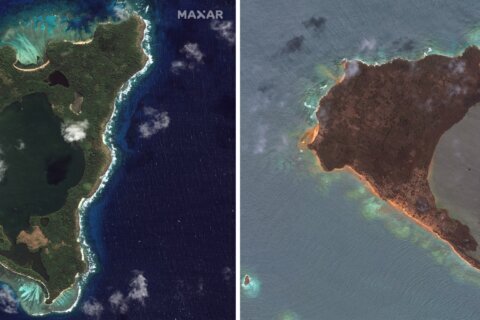