Queensland state reported 1,158 cases, the first time the state has seen more than 1,000 cases in a day, but hospitalizations remained low. The state has more than 4,000 active cases of which 257 are reported to be the omicron variant.

State Health Minister Yvette D’Ath announced Tuesday that travelers from out of state no longer will have to have a PCR test five days after arrival. D’Ath said of the tens of thousands who had crossed the state’s borders recently, only 0.6 percent had tested positive on day five.

“Anyone who is waiting in lines now for the day five test . . . will not be required to get day five tests from now,” she said. “We thank everyone for doing the right thing. We have made sure we’ve done this in a safe and responsible way but from now, that no longer applies.”

Australia’s most-populous state, New South Wales, saw a slight fall in case numbers but that corresponded with fewer tests around Christmas Day. The state reported 6,062 new infections Tuesday, down from 6,324 a day earlier.

New South Wales Heath Minister Brad Hazzard said the requirement for travelers to Queensland to have a negative PCR test 72 hours before departure was putting unnecessary strain on testing facilities. He said in enforcing the requirement, Queensland Premier Annastacia Palaszczuk was “perverting the purposes of pathology testing.”

“If Queensland thinks people are arriving free of COVID, that’s not necessarily true,” Hazzard said. “These tests have been done three or four days before arriving. It’s counterproductive.

“This rule is contributing to the breakdown of the biggest pathology system in the country. We are not getting the turnaround times we need.”

Long lines were reported at testing centers around Sydney on Tuesday.

“Using that rapid antigen test ahead of interstate travel is a better approach than the more expensive and time consuming PCR test,” Frydenberg told the ABC. “I think that’s a sensible balance recognizing that people want some level of surety about their health status before they travel.

“But at the same time they want to avoid the long queues and long waiting times coming with the PCR tests.” 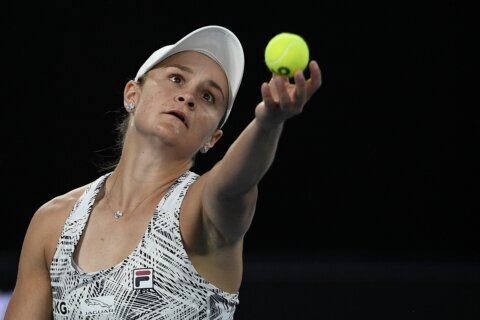 The Latest: No. 1 Ash Barty into quarterfinals in Australia 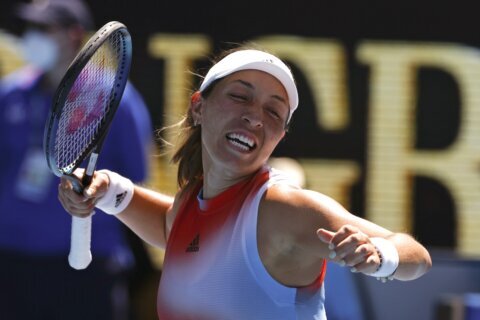