SYDNEY (AP) — Australia and Britain signed a free trade agreement Friday that will eliminate almost all taxes on exports between the countries.

The FTA was signed at a virtual ceremony by Australian Trade Minister Dan Tehan in Adelaide and Britain’s Secretary of State for International Trade Anne-Marie Trevelyan in London.

The deal abolishes 99% of taxes on exports, saving Australia about $10 billion on exports including lamb, beef, sugar and dairy. It is expected to save Britain 200 million Australian dollars ($144 million) a year on items such as cars, whisky and cosmetics.

Australian agricultural exporters also will have better access to the British market and 40 million Australian dollars ($29 million) a year of tariffs will be removed from Australian wines entering the United Kingdom. Australians and Britons will find it easier to live and work in the other country.

Tehan said the deal, which will take effect sometime in 2022, will grow investments and help with the recovery from the pandemic.

“Our economies will be able to operate seamlessly again,” Tehan said. “The experiences and opportunities that young Australians and young Brits will be able to get through this initiative is just fantastic.”

Britain has aggressively pursued trade agreements after its departure from the European Union. It has touted the deal as its largest “from scratch” agreement to be finalized.

Trevelyan said the deal showed what Britain can achieve “as an agile, independent sovereign trading nation.”

“This is just the start as we get on the front foot and seize the seismic opportunities that await us on the world stage,” she said

The deal may help Britain’s bid to gain access to a Pacific Rim trade initiative, the Comprehensive and Progressive Trans-Pacific Partnership, an 11-nation pact that includes Australia.

Tehan said involving Britain in the CPTPP would help counter trade uncertainty in the Indo-Pacific.

“I look forward to building on this FTA,” he said.

An in-principle deal between the two nations was announced by prime ministers Scott Morrison of Australia and Boris Johnson of Britain in June following months of negotiations.

Johnson had to win the support of Britain’s farm lobby and overcome fears Britain could be flooded by Australian exports. 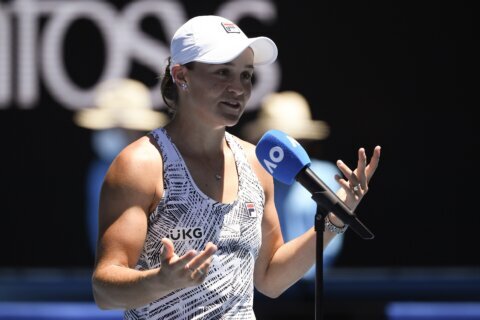 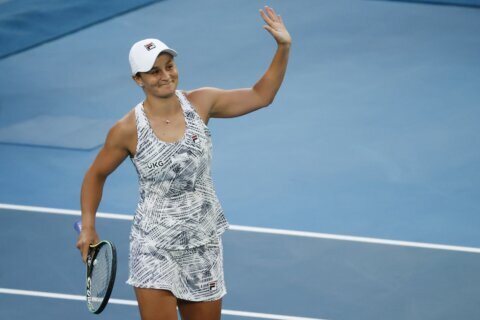 The Latest: Nadal advances to 3rd round at Australian Open 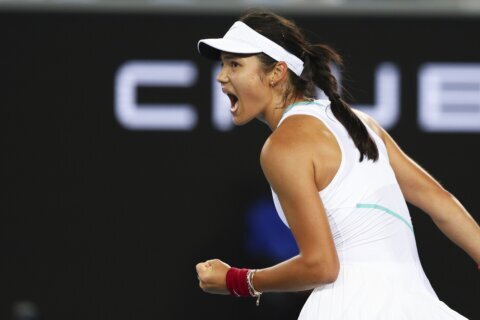