NEW YORK (AP) — Liberty and Fraternity, yes. Equality, not so much.

Born of a revolution fought for liberty, ties between the United States and its oldest ally, France, have long been fraternal, but they’ve also been marked by deep French unease over their equality.

French concerns about being the junior partner in the relationship boiled over last week when the U.S., Britain and Australia announced a new security initiative for the Indo-Pacific, aimed at countering a rising China. The AUKUS agreement scuttled a multibillion-dollar submarine deal that France had with Australia, but, more alarmingly for the French, pointedly ignored them, reinforcing a sense of insecurity that has haunted Paris since the end of World War II.

France has long bristled at what it sees as Anglo-Saxon arrogance on the global stage and has not been shy about rallying resistance to perceptions of British- and German-speaking dominance in matters ranging from commerce to conflict.

Successive American presidents through the decades have ignored French warnings about military involvements from Indochina to Iraq. France’s lessons learned in Vietnam and Algeria didn’t translate. And, when France has on occasion supported military interventions, notably in Syria in 2013, the Americans have pulled back.

Thus the latest affront, AUKUS, resulted in an explosion of ire, with the French loudly protesting and recalling their ambassadors to the U.S. and Australia while shunning the British in an overt manifestation of centuries of rivalry.

The French argue they are a natural partner for an initiative to blunt China’s growing assertiveness in the Pacific, with far more territory, troops and influence in the region than Britain, whose empire has shrunk to just one inhabited island there. As such, they would have expected to have been consulted, particularly by a U.S. administration that ostensibly champions multilateral diplomacy and values allies.

“It leaves an unpleasant taste of being disdained and sidelined,” said Pierre Vimont, a former French ambassador to the United States who is now at Carnegie Europe, a branch of the Carnegie Endowment for International Peace. “France was totally left out by this new alliance even if we didn’t want to be a party to it.”

And, while Biden administration officials raised eyebrows over the intensity of the French reaction, many acknowledge that the announcement of the initiative was handled poorly with little to no thought to how Paris would respond.

Indeed, the joint U.S.-French statement following the Wednesday make-up call between Presidents Joe Biden and Emmanuel Macron said “the two leaders agreed that the situation would have benefitted from open consultations among allies on matters of strategic interest to France and our European partners.”

Privately, some American officials see the rollout of the submarine deal as clumsy. “Here’s a new ANGLO SAXON bromance partnership with our besties, the Brits and Ozzies. No Gauls allowed,” a veteran diplomat who was not authorized to speak publicly to the matter said in an email.

That sense of resentment is palpable among French academics and leaders, especially those who barely concealed their disgust at President Donald Trump and his brash and brusque “America First” ideology and heartily welcomed the arrival of Biden and his “America Is Back” mantra.

“France is disappointed because it didn’t expect this from the Biden administration, which it thought would be much more multilateral and trans-Atlantic, and even Francophile,” said Laurence Nardon of the French Institute for International Relations.

In fact, Biden’s top diplomat, Secretary of State Antony Blinken, is a fluent French speaker who grew up and went to high school in Paris. And despite the fallout from AUKUS, Blinken still plans an official visit to Paris in early October.

Yet, French anger over the snub was such that a normally routine meeting between Blinken and French Foreign Minister Jean-Yves Le Drian on the sidelines of the annual U.N. General Assembly in New York this week became an issue, leading to uncertainty about whether it would actually take place.

When it finally did, on Thursday, a day after Biden spoke to Macron, the French foreign ministry said the meeting was aimed at “restoring confidence,” but Le Drian said “it would take time to end the crisis between our two countries and would require actions.”

The American account of the meeting made no mention of a “crisis” or “restoring confidence” but did give a nod to Indo-Pacific issues and “the need for close cooperation with France and other European allies and partners active in the region.”

Operationally, the alliance is still functioning. A French general quietly took over a major NATO command center in Virginia this week from another French officer, as previously planned. And French officials this week repeatedly reiterated their commitment to cooperation with the U.S. against Islamic extremists in Africa.

But scars from the submarine saga will run deep.

Rebuilding trust “won’t be easy, it will take time,” said a senior French official, who was not authorized to be publicly named discussing the matter. “It will involve huge work, intensive work.” 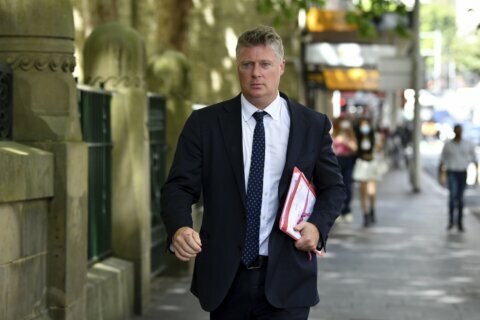 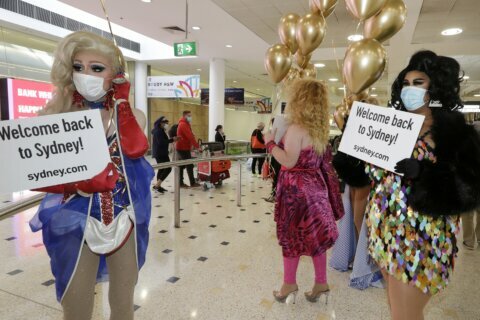 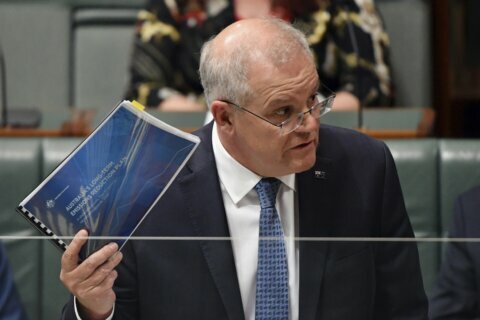