Life in a rugby bubble getting tougher for Argentina’s Pumas

The grind of two seasons on the road and the relentless rounds of isolation and quarantine is taking a toll mentally and physically on Argentina’s Pumas. Frustration is building.

After three rounds of the Rugby Championship, the Pumas are the only team yet to win a test. A 39-0 loss to three-time World Cup winner New Zealand on Sunday followed two losses in South Africa to the World Cup champion Springboks.

“Since last year, we’ve been living in adversity,” Pumas coach Mario Ledesma said. “All the player welfare, giving them rest and stuff like that, has gone out the window and nobody seems to care.”

As well as long periods away from home being cooped up in quarantine, Ledesma said poor discipline has been hurting his team in the last two tests. Argentina conceded 23 penalties in their previous match against the Springboks and 18 penalties, plus two yellow cards, against the All Blacks at the Gold Coast on Sunday.

“Difficult to get into the game when you’re giving them so much,” Ledesma said. “At the same time, I was really proud of the effort.”

He said the 200-plus tackles his Pumas made were proof there’s no lack of commitment “but we need to be more clinical.”

They’ll have six days to work on turning it around before Saturday’s return test against New Zealand in Brisbane. The last eight tests of the championship — four doubleheaders — are being played on consecutive weekends in Australia’s Queensland state.

The All Blacks lead the tournament following three lopsided wins — two against Australia before taking on the Pumas — and South Africa is now 2-1 after a last-minute 28-26 loss to the Wallabies in Sunday’s nightcap on the Gold Coast.

The Australians, with the recall of Quade Cooper at flyhalf for his first test in four years, finally got some traction against the Springboks after a run of losses to the All Blacks. But they should, considering they’re playing on home soil. The All Blacks have also hosted tests and South Africa beat the British and Irish Lions at home before their wins over Argentina — albeit without crowds.

Having no home tests in two years is hurting an Argentina squad that, because of its relative geographic isolation in rugby terms, was already familiar with long road trips.

The Pumas spent months in Australia last year for a southern hemisphere series which was scaled back because of travel restrictions caused by the COVID-19 pandemic. South Africa missed that tournament.

The intensive camp worked wonders for the Pumas last November and December when they beat New Zealand 25-15 — their first ever test win over the All Blacks — and had two draws against Australia.

But the 2021 vibe in different. With the four-continent format of Super Rugby abandoned, most of Argentina’s professional players had to move to Europe to keep making a living out of the game.

Now assembling the national squad is more difficult. Wins in Europe in July against Romania and Wales were a solid start, but the players disbanded for a break before a brief preparation for the tests against South Africa — and yet more time in quarantine.

Ledesma, who is a former assistant coach with Australia and who played professionally in France while representing the Pumas, said the issue of player welfare seemed to be a two-tier concern.

“I’m not using it as an excuse, but it’s a reality. That’s the normality of our players (but) it has nothing to do with normality.”

With the remainder of the tournament confined to Queensland state, the Pumas should get a chance for more fresh air this month. Ledesma is hoping it helps.

“Obviously, it’s much better this year, but it gets to you. It gets to players, it gets to staff. It gets to everybody,” he said of the regular stints in quarantine. “But if we don’t accept that, we’re out of the picture. So we have to accept it.” 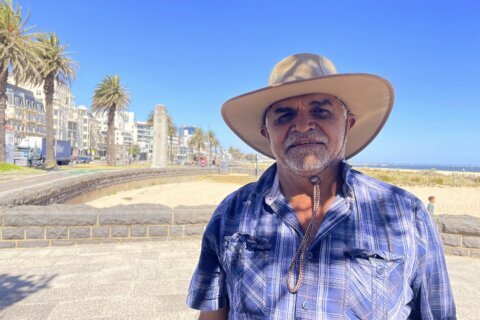