CANBERRA, Australia (AP) — An Australian state leader warned Friday that Melbourne may be losing control of a COVID-19 delta variant outbreak that began in Sydney and has also spread to the New Zealand capital.

The fast-moving outbreak was first detected in mid-June in Sydney, Australia’s largest city, which has reported more than 600 new infections in each of the last four days.

The virus has spread to Melbourne, the nation’s second-most populous city, and has seeded New Zealand’s first outbreak in six months.

The neighboring nations have succeeded in using lockdowns to stamp out clusters throughout the pandemic. But the delta variant is proving more challenging.

Victoria state Premier Daniel Andrews said he is losing hope of eliminating the latest outbreak in Melbourne, which entered its sixth lockdown on Aug. 5.

“We are right on the edge of this getting away from us and it’s not because contact tracing aren’t doing everything they can; they are. It’s not because we didn’t lock down fast enough; we did,” Andrews said.

“It’s this delta variant. It’s so wildly infectious it will find every breach of every rule and it will potentially spread because of that,” he said.

A previous outbreak in Melbourne swelled to 725 cases in a day in August last year before a suppression strategy drove daily infections down to zero in October.

New Zealand Prime Minister Jacinda Ardern said on Friday she is determined to eliminate the new outbreak from her country.

The virus, first detected in New Zealand’s largest city of Auckland on Tuesday, has spread to the capital, Wellington.

The outbreak has grown to 31 cases, and some patients were diverted from an Auckland hospital after one person may have unknowingly been infectious while being treated there, officials said.

New Zealand’s government on Tuesday hurriedly put the entire nation into a strict lockdown after the first community case was found. Genome testing has linked the outbreak to an infected traveler who returned from Sydney earlier this month and was quarantined. Authorities don’t yet know how the virus escaped quarantine.

All of New Zealand will remain in lockdown until at least next Tuesday.

Sydney’s lockdown was extended through September on Friday and tougher restrictions were imposed, including a curfew and compulsory mask wearing outdoors.

The city of 5 million has been locked down since June 26, 10 days after the delta variant was first detected in an unvaccinated limousine driver who became infected while transporting a U.S. cargo aircrew from Sydney Airport.

The new restrictions were the result of her asking police and health officials for a final list of “what else can we throw at this,” she said.

“I don’t want us to ever look back and say we didn’t try, we didn’t put everything into this,” Berejiklian said. 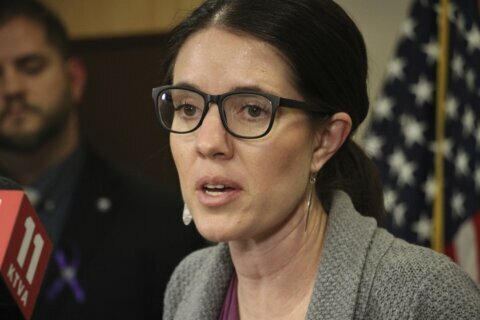