But Facebook said it “will restrict publishers and people in Australia from sharing or viewing Australian and international news content.” The dominant social network blamed Australia’s proposed law for its decision, and said the law “fundamentally misunderstands the relationship between our platform and publishers who use it.”

News Corp. said it would receive “significant payments” from Google in the three-year agreement, which includes heavyweight news organizations throughout the English-speaking world, such as the Wall Street Journal and New York Post in the U.S., the Times and the Sun in the U.K., and the Australian and Sky News in Australia. The deal spans audio and video and News Corp. will also get an ad revenue share from Google.

News Corp. CEO Robert Thomson thanked Australian officials in a statement, saying they “have stood firm for their country and for journalism.”

“There are negotiations going on with all the major players and the minor players at the moment,” Frydenberg said. “This will help sustain public interest journalism in this country for years to come.”

Frydenberg said “none of these deals would be happening” if not for proposed legislation to create a so-called News Media Bargaining Code.

The Senate will consider the draft laws after they were passed by the House of Representatives late Wednesday.

The code would create an arbitration panel to set a binding price for news in cases where Google and Facebook fail to reach deals with media companies whose original journalism they link to.

“Everything that I have heard from parties, both in the news media business and in terms of digital platforms, is that these are generous deals,” Frydenberg said.

Google and Facebook, which take a combined 81% of online advertising in Australia, have condemned the code as unworkable.

Frydenberg said after weekend talks with Facebook CEO Mark Zuckerberg and Sundar Pichai, chief executive of Alphabet Inc. and its subsidiary Google, that he was convinced the platforms “do want to enter into these commercial arrangements.”

Frydenberg said he had had a “a constructive discussion” with Zuckerberg since Facebook blocked Australian news.

“He raised a few remaining issues with the Government’s news media bargaining code and we agreed to continue our conversation to try to find a pathway forward,” Frydenberg tweeted.

Communications Minister Paul Fletcher said the government would not back down on its legislative agenda because of Facebook’s reaction.

“This announcement from Facebook, if they were to maintain this position, of course would call into question the credibility of the platform in terms of the news on it,” Fletcher told ABC.

“Effectively Facebook is saying to Australians information that you see on our platforms does not come from organizations that have editorial policies or fact-checking processes or journalists who are paid to do the work they do,” Fletcher added.

Google did not provide the terms of its News Corp. deal Wednesday.

The Australian deals with Google are being negotiated under Google’s own model, News Showcase. The company has reached pay deals with more than 450 publications globally since it launched News Showcase in October.

Investment bank JPMorgan estimated that Seven West Media could receive between 39.5 million Australian dollars ($30.6 million) and AU$69.2 million ($53.6 million) a year from its content deal with Google based on an analysis of similar deals in France.

Nine signed a letter of intent with Google for a deal worth more than AU$30 million ($23 million) a year for five years, The Sydney Morning Herald, which is owned by Nine, reported.

The newspaper cited anonymous industry sources familiar with the negotiations who could not speak publicly because of confidentiality agreements.

Nine said in a statement it was having “constructive discussions” with Google and Facebook.

Google announced two weeks ago that it had begun paying seven far smaller Australian websites under News Showcase. Prices have not been revealed.

Facebook has a comparable product called Facebook News, but it’s not available in Australia. Spokeswoman Mari Melguizo said Facebook was “not able to commence our planned partnerships” with Australian news publishers.

Some media analysts are surprised that Australian media companies would strike News Showcase deals when they stand to make more money from compulsory arbitration under the government’s code.

Marcus Strom, president of the Media, Entertainment and Arts Alliance, the Australian journalists’ union, said media companies have a moral obligation to revenue from the digital platforms in news gathering.

“Any monies from these deals need to end up in the newsroom, not the boardroom,” Strom said. “We will be pressing the case for transparency on how these funds are spent.”

Google is facing pressure from authorities elsewhere to pay for news. Last month, it signed a deal with a group of French publishers that paves the way for it to make digital copyright payments. Under the agreement, Google will negotiate individual licensing deals with newspapers, with payments based on factors such as the amount published daily and monthly internet site traffic. 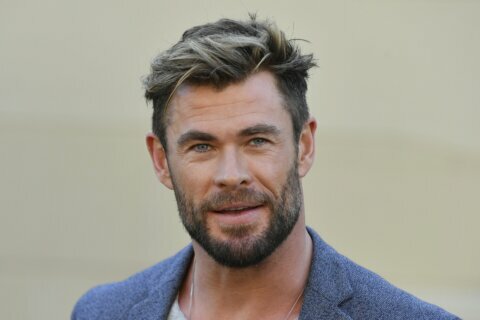