DALLAS (AP) — The Dallas Mavericks juggled the mix of sidekicks for star point guard Luka Doncic on draft night — with their first-round pick and through a trade.

The Mavericks took Arizona’s Josh Green at No. 18 overall Wednesday night, adding a backcourt mate for Doncic as they continue to build around the 21-year-old sensation and fellow European star Kristaps Porzingis.

Dallas changed its lineup of guards further by trading Seth Curry to Philadelphia for Josh Richardson and another second-round pick. The additions of Green and Richardson were more about defense than anything else.

Green, an Australian drafted two days after his 20th birthday, moved to the United States at 14 and played high school basketball at IMG Academy in Florida.

The 6-foot-6 swingman entered the draft after a pandemic-shortened freshman season at Arizona, where he averaged 12 points per game and shot 36% from 3-point range. He led the Wildcats with 46 steals.

“What we needed first for our roster are wing defenders that can shoot and score and hopefully make plays,” coach Rick Carlisle said. “We feel like he’s a ready-to-go 3-and-D guy.”

The Mavericks sent Curry, one of their better 3-point shooters, to the 76ers for Richardson and the 36th overall pick in the second round. Curry’s father-in-law is new Philadelphia coach Doc Rivers.

The 76ers picked Colorado’s Tyler Bey at No. 36 for Dallas, which earlier drafted another guard with the first pick in the second round — 31st overall — in Stanford’s Tyrell Terry. The freshman averaged 14.6 points, 4.5 rebounds, and 3.2 assists per game for the Cardinal.

Led by Doncic and Porzingis, the Mavericks made the playoffs for the first time in four years to cap the coronavirus-altered season, losing to the Los Angeles Clippers in six games in the first round.

“Coming off of last year, our offense was historically great,” Carlisle said. “We need to get our defense better. Some of it is going to be the kind of work we put in during training camp. But the other part is when we draft and acquire players, we want to acquire players with that mindset and that ability.”

The addition of Green comes with the Mavericks expecting shooting guard Tim Hardaway to exercise the $19 million option on his contract. Nelson has said Hardaway is important piece as the Mavericks try to move closer to title contention.

“I think I need to focus on the things the team needs,” Green said. “I think if I’m able to play defense, work as hard as I can, hit open shots and do what the team needs to do, I feel like that happens.”

Porzingis is expected to miss the start of the season coming off surgery to repair a meniscus tear in his right knee. He missed all of 2018-19 after tearing the ACL in his left knee with the New York Knicks, who traded him to Dallas last year.

Dwight Powell is expected to be ready when the season starts after tearing an Achilles tendon last season. When Powell is healthy, he can play center and allow Porzingis to move to forward, probably the most suitable spot for the 7-foot-3 Latvian.

Jalen Brunson, the backup to Doncic at point guard, should be ready to return after shoulder surgery cut short his 2019-20 season.

Richardson has averaged 12.4 points in five NBA seasons and is a career 36% shooter from 3. The 27-year-old played four seasons in Miami before going to Philadelphia in a trade during the 2019 offseason.

Bey averaged 13.5 points and 9.9 rebounds as a sophomore at Colorado, and the 6-7 forward could offer more intriguing options at the defensive end for Dallas. 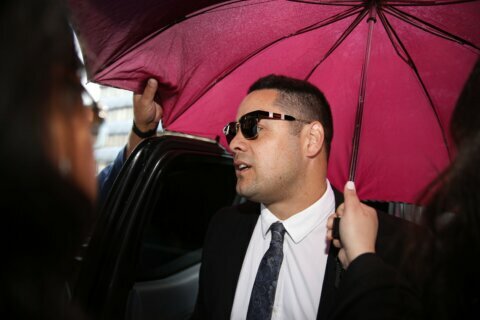 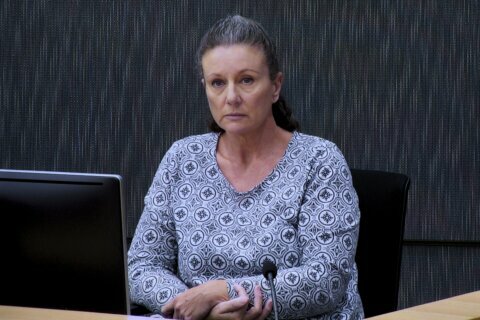