From midnight Sunday, Melbourne residents will no longer face limits on the time they can spend away from their homes for education or recreation. Previous restrictions allowing Melburnians to travel only 5 kilometers (3 miles) from home will increase at midnight to 25 kilometers (15 miles).

Outdoor gatherings of up to 10 people from two households will be allowed and golf and tennis can resume.

Victoria state reported only two new cases of COVID-19 on Sunday and no deaths. The rolling 14-day average of cases dropped to eight, the lowest in four months.

There were only 137 active cases across Victoria state on Sunday with 12 people receiving hospital treatment, none in intensive care.

Regulations will be further loosened on Nov. 2 with the partial reopening of shops, bars and restaurants.

— Thailand has closed all border crossings between its northern province of Tak and Myanmar after five people in the Thai border town of Mae Sot tested positive for the coronavirus. The five, none of whom exhibited symptoms, are the first locally transmitted cases confirmed in Thailand since early September, when a prison inmate tested positive. All five are members of a family of Myanmar nationals residing in Thailand. Two were initially confirmed to be affected and added to Saturday’s total of Thai cases, while three were officially added Sunday. Along with cases found among people quarantined after arriving from abroad, seven additions on Sunday brought Thailand’s total number of cases to 3,686, including 59 deaths.

— India has added 61,871 new confirmed cases in the past 24 hours, raising its total to about 7.5 million. The Health Ministry on Sunday also registered 1,033 new fatalities, taking the death toll to 114,031. The country is continuing a downward trend in new cases, but virus-related fatalities jumped after recording the lowest daily figure of 680 in nearly three months on Friday. Some experts say India’s numbers may not be reliable because of poor reporting and inadequate health infrastructure. India is also relying heavily on antigen tests, which are faster but less accurate than traditional RT-PCR tests. Health officials have warned about the potential for the virus to spread during the religious festival season beginning later this month. New Delhi is also bracing for high air pollution levels, making the coronavirus fight more complicated in upcoming months. Prime Minister Narendra Modi has asked officials to prepare cold storage chains and distribution network for vaccine delivery along the lines of conducting elections, involving all levels of government and citizen groups. According to Indian officials, three vaccines are in advanced stages of development.

— Sri Lankan authorities on Sunday announced that they have isolated three villages in densely populated Western province in a bid to contain the spreading of the coronavirus. The government’s decision to close the villages, located about 66 kilometers (41 miles) south of the capital, Colombo, comes amid a surge of cases from a new cluster centered at a garment factory. Some 2,075 patients related to new cluster have been reported. More than 2,000 other people were asked to quarantine at home. The majority of the infected are co-workers of the first patient. Schools and key public offices are also closed, public gatherings are banned and restrictions have been imposed on public transport. Sri Lanka has reported a total of 5,475 cases of the virus, including 13 deaths. 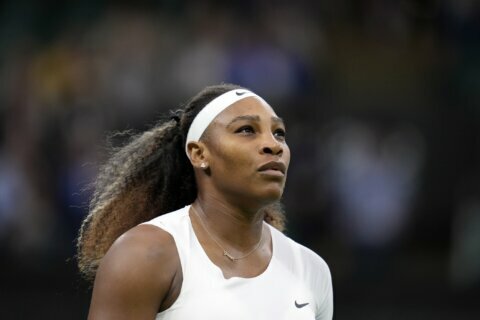