NEW YORK (AP) — If sheer drama is what you crave on TV, look no further than the tale of…

NEW YORK (AP) — If sheer drama is what you crave on TV, look no further than the tale of a fearless mother at the far edge of South America.

She is a puma and this big cat repeatedly launches herself over and over at a llama-like creature more than three times her size, desperate to get meat for her three pups.

Repeatedly, she is flung into the air like a rag doll and injured. But she does not back down. When she finally manages to fell a guanaco, more than just her children cheered. So did the filmmakers.

“We could almost have cried we were so happy that those cubs had some food,” said Chadden Hunter, a producer and director who was part of a team that followed the puma for weeks. “It was incredibly emotional. We’re not coldblooded filmmakers.”

That rare footage is one of the highlights of “ Seven Worlds: One Planet,” a new seven-part documentary series airing on BBC America, AMC, IFC and SundanceTV. David Attenborough provides the narration. The series premieres Saturday.

Each one-hour episode highlights one of the seven continents, tracing how they formed and how life evolved to live in them. The series was four years in the making, with filmmakers exploring 40 different countries and bringing back more than 2,200 hours of footage.

Front and center, of course, are fabulous animal sequences — the filmmakers like to use the term “stories” — but the topic of climate change also gets plenty of airtime. It’s part of the narrative this time as opposed to being an afterthought.

“This may be the most critical moment for life on Earth since the continents formed,” Attenborough says in the opening. In the Australian show he warns: “Which of its unique species will survive the coming decades now depends on us.”

Emma Napper, a veteran documentary-maker who previously worked on the series “Planet Earth II” and “Life,” said she and the filmmakers this time felt they had no choice but to discuss human activity like deforestation, dams, pollution and climate change.

“We all felt very strongly it was not only important and timely but you couldn’t really tell the story of the continents without mentioning it. That would be crazy,” said Napper, who produced the Asia and Australia episodes of “Seven Worlds: One Planet.”

Executive director Jonny Keeling said framing the series according to continental change gave the filmmakers the chance to explain how animals have adapted to changing environments over millions of years. It also revealed how those adaptations have become stressed during a single human lifetime due to mankind’s actions. “We are rewriting the rules,” Keeling said.

In a nod to current events, the series scrambled its lineup to start with the Australia episode in the wake of devastating fires there. The show will also inform viewers how they can support relief efforts.

Hunter, who worked on the original “Planet Earth” some 14 years ago, noted that it contained no mention of conservation. “We can’t get away with not bringing that into the story now. We can’t pretend that the world is pristine jungles, mountains and forests any more,” he said.

The trick now is to find a way to weave in proof of human-created consequences without being preachy. “It’s finding that deft touch. We’ve got to still keep people’s awe and wonder about the natural world but find a way to wake them up as well,” Hunter said.

The series is bursting with fascinating animal behavior, from male river chubs in Tennessee who carefully build nests of rocks for their mates to the jumping spiders of Australia whose mating ritual is as theatrical as a Broadway show. We see wolves on the hunt in Italy, fireflies exploding into light in a North American forest and wild hamsters living in a Vienna graveyard.

One welcome shift is allowing more context for the predators. In so many previous nature documentaries, cute antelope or gazelles are cruelly stalked and felled by heartless carnivores. In the new series, we see a dingo female chase and capture a cute kangaroo, but soon learn that she’s a mother to a clutch of pups and, like the puma, if she hadn’t killed there would be nothing to feed her young.

“It’s very easy to vilify the predators,” said Keeling, who was part of the team that captured the dingo attack and spoke with deep respect for the mother’s determination. “It was a conscious decision to make sure people see the full side of it.”

Throughout is Attenborough’s calm, hushed voice, playful when it needs to be (“Lunch today will have to be take-away,” he says about black bear cubs chased away by a male) or unsentimentally resigned (“The time has come to strike,” he notes as sharks close in for the kill.)

The filmmakers embraced the latest in technology, including cameras with high frame rates and better light sensitivity. Some sequences were shot with 8K cameras, used time-lapse photography or employed new thermal-imaging cameras. But those developments seem almost incremental in comparison with the introduction of a game-changer among documentary makers: Drones.

The latest drones can fly further and hover quietly in the air for hours, allowing filmmakers many more advantages over expensive and loud helicopters. One breathtaking sequence in Canada captured polar bears hunting a pod of beluga whales — something only possible to film properly by using drones.

“Being able to get a drone up in the air and see what happens really allows you to film things that weren’t possible before,” said Napper. “There were stories out there which we just couldn’t tell before, which now we can. That’s exciting.”

But all the dazzling tech is no substitute for the patient waiting game that only sometimes is rewarded with a glimpse of a coy creature. In Australia, two cameramen spent weeks hiding outside remote dens to capture on film a Tasmanian devil, which turns out to be nothing like the one portrayed in cartoons by Looney Tunes.

“The Tasmanian devil in the cartoons runs around during in the day being crazy, but actually Tasmanian devils are mostly nocturnal and they’re shy,” said Napper. “You have to be very, very quiet. You have to make sure you don’t smell too much because they don’t like smell at all.” 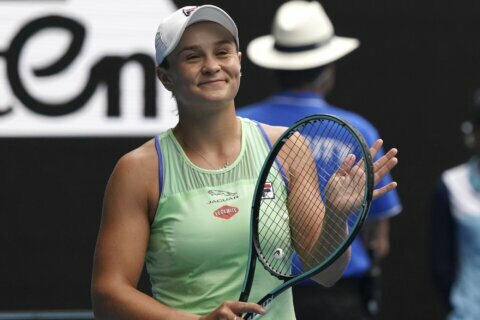 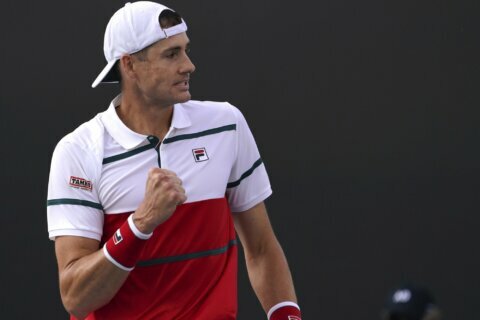 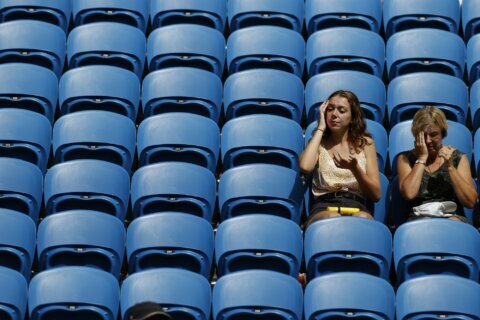