In this Jan. 24, 2020, photo provided by the New South Wales Police, smoke rises from an active wildfire near the crash site of a firefighting air tanker near Numeralla, south west of Sydney. Three crew from the U.S. were killed when their C-130 Hercules tanker crashed while fighting wildfires in Australia, their employer, Canada-based Coulson Aviation, said in a statement. (NSW Police via AP)

CANBERRA, Australia (AP) — The bodies of three U.S. flying firefighters and the cockpit voice recorder from the water bomber in which they died battling Australia’s unprecedented wildfire crisis were retrieved on Saturday as their grieving families arrived in Sydney, officials said.

Ian McBeth of Great Falls, Montana, Paul Clyde Hudson of Buckeye, Arizona, and Rick A. DeMorgan of Navarre, Florida, died when their C-130 Hercules tanker crashed on Thursday after dumping fire retardant on an out-of-control blaze northeast of the town of Cooma in southern New South Wales state.

T he device that records the last two hours of the cockpit conversation as well as the bodies were retrieved Saturday from a still-active fire zone, police and crash investigators said.

“It will record the pilot, the co-pilot and flight engineer’s discussions in the cockpit. It will record also any of the aural alarms or warnings,” crash investigator Greg Hood told reporters.

The plane was not equipped with a flight data recorder, which is mandatory for airliners.

The Americans’ relatives who began arriving Saturday will be offered an opportunity to visit the hillside crash site, officials said.

Crash investigators have yet to explain why the four-propeller plane crashed in a fire ball shortly after dumping its load of water with additives in turbulent conditions. The plane was contracted from Canada-based Coulson Aviation, which is sending executives to Sydney.

Wildfires have claimed at least 33 lives in Australia since September, destroyed more than 3,000 homes and razed more than 10.6 million hectares (26 million acres). That’s an area larger than the U.S state of Kentucky. 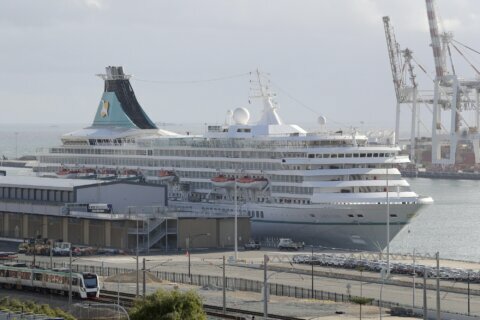 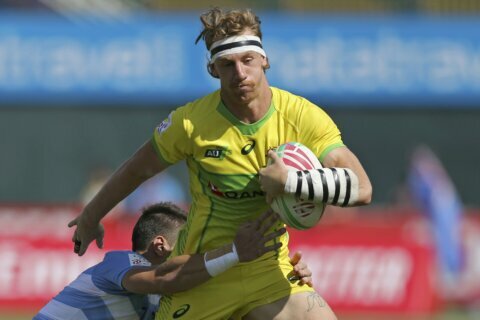