Americans rally late, trail by only 3 in Presidents Cup

MELBOURNE, Australia (AP) — Justin Thomas delivered the biggest moment for an American team desperate for one Friday in the…

MELBOURNE, Australia (AP) — Justin Thomas delivered the biggest moment for an American team desperate for one Friday in the Presidents Cup.

He holed an 18-foot birdie putt on the final hole, dropped his putter and looked over at his partner — U.S. captain Tiger Woods — and then borrowed a line from former NFL receiver Terrell Owens.

“I love me some ME!” Thomas screamed at Woods, who also dropped his putter and moved in for a hard hug.

All the Americans gained was momentum.

The International players are going so well at this Presidents Cup that they took its largest lead after any session in 16 years, and felt like that was the worst they could do.

Building on a 4-1 lead after the opening session at Royal Melbourne, they quickly won two more matches in foursomes.

Louis Oosthuizen and Adam Scott rallied from 2 down by winning five of the next seven holes and closed out Dustin Johnson and Matt Kuchar in the opening foursomes match Friday.

Patrick Reed heard it from the crowd again, including shouts of “Patrick Cheat” for his rules violation last week in the Bahamas. Far tougher on Reed and Webb Simpson was the International team of Marc Leishman and Abraham Ancer, who seized control on the back nine to win, 3 and 2.

At one point, the board was filled with black-and-gold, the new colors of this inspired International team led by Ernie Els.

Patrick Cantlay and Thomas each birdied the 18th hole to win matches. Gary Woodland and Rickie Fowler rallied from 2 down with three holes to play to earn a halve.

“It’s perspective, isn’t it?” Els said. “I’ve got to look at where we are. It’s easy to just look at where we could have been, because it was looking really unbelievable. We tie this afternoon.”

Els then considered the Americans have a 50 1/2 — 22 1/2 advantage in foursomes in winning the last seven times, and maybe it wasn’t all that bad.

The International team had its largest lead through two sessions since it won at Royal Melbourne in 1998, the only time it has won the Presidents Cup. It also had a three-point lead going into Sunday singles in South Africa in 2003, the year of the tie.

Even so, the Americans felt momentum shifting.

“We dug ourselves out of what could have been a big hole,” Thomas said.

The match tied going to the 18th, Thomas drove into light rough on the right, and Woods followed with a great shot that landed near the hole and rolled out 18 feet. Hideki Matsuyama missed his 25-foot speedy birdie chance, and Thomas had the last putt for the win.

“We were both screaming,” Woods said. “It was a phenomenal moment, and it was priceless. So I’m glad we were able to experience it together.”

Equally important was Cantlay, who second shot into the par-5 15th set up birdie to square the match. Xander Schauffele gave him a chance at the winner with an approach into 15 feet on the final hole, and Cantlay knocked it in.

That was the first point.

The biggest moment belonged to Thomas because it was one more point that got the U.S. team a little bit closer.

“I’ve been fortunate to make a lot of putts,” Thomas said. “But to do it with my captain and teammate was awesome.”

Woods tied Phil Mickelson for the record by winning his 26th match in bine Presidents Cup appearances. Mickelson played in 12.

Woodland and Fowler capped off the late comeback. They were 2 down with three holes to go when they birdied the 16th and 17th holes to square the match against Sungjae Im and Cameron Smith. It ended with the first draw of these matches.

“Momentum is huge,” Woodland said. “That was a huge half-point. Any time you can scrape out something … we did it. Now we have to regroup. We have 36 ahead of us tomorrow and hopefully go out and flip this a little bit.”

The International team was buying the momentum. It paid more attention to the leaderboard.

What are we, 6 1/2-3 1/2 up? It’s very early,” Leishman said. “They made a couple good putts on 18, definitely give them that, but I don’t think you get momentum with two putts. We played pretty well the first two sessions. Yes, today probably didn’t finish off the way we wanted to but we still halved the session. They made a couple putts at an important time, but if they feel that, that’s great.”

Reed, meanwhile, is never bashful about egging on the crowd when playing away from home. He made a birdie on the 11th hole, and as he heard it from the crowd, Reed cupped his hand to his ear, then pretended to use his putter as shovel. Walking up the 16th fairway, two spectators yelled at him to look at their shirts that read, “We love a Tiger, but not a Cheetah.”

Reed declined interview requests after the round. He gets another dose of it Saturday, as Woods sent out Reed and Simpson for the third straight session.

Woods will be nothing but a captain Saturday morning. He took himself out of the lineup, sending Thomas in the first match out with Fowler for fourballs. Eight points are available Saturday, followed by 12 singles on Sunday. 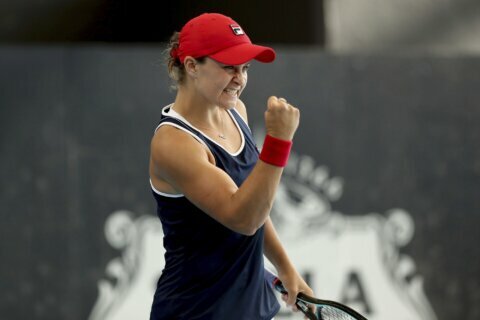 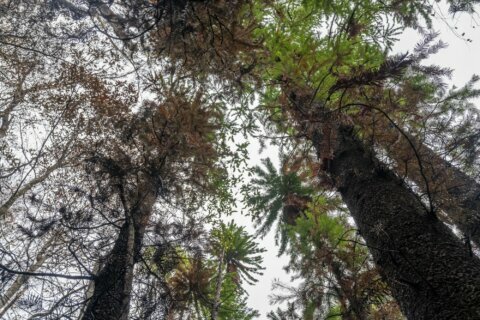 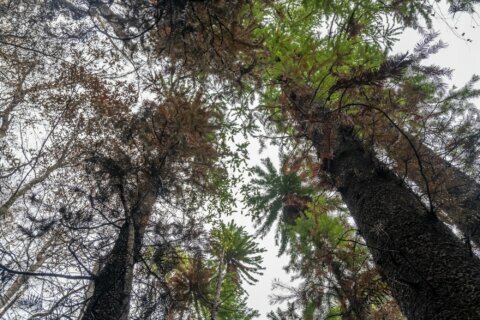