IAEA: Decision on Fukushima wastewater release up to Japan

Rapid scientific advances and vast worldwide data storage on the web, in smartphones and in the cloud mean that the very terms used to measure things in weight and size need extending too.
Listen now to WTOP News WTOP.com | Alexa | Google Home | WTOP App | 103.5 FM

TOKYO (AP) — The head of a taskforce from the International Atomic Energy Agency said Friday it is examining whether Japan’s planned release into the sea of treated radioactive water from the wrecked Fukushima nuclear plant meets international standards, but the decision on whether to go ahead with the plan is up to the Japanese government.

Gustavo Caruso, director of the IAEA’s Department of Nuclear Safety and Security, said his team has no power to decide whether Japan should suspend the release even if it does not fully follow international safety standards.

The government and the plant operator, Tokyo Electric Power Company Holdings, announced a plan last year to begin releasing the treated wastewater into the sea beginning next spring. They said more than 1 million tons of water stored in about 1,000 tanks inside the plant hampers its decommissioning and poses risks of leaks in case of a major earthquake or tsunami.

IAEA is cooperating with Japan’s government to increase the safety and transparency of the water discharge.

Caruso said the IAEA’s independent evaluation of the plan “will provide confidence to the society, Japanese society, neighbors, other member states.”

His 16-member team, including experts from nine countries, including China and South Korea, was in Japan this week to study the water discharge plan. During their visit, the second this year, they met with government and utility officials and visited the Fukushima Daiichi nuclear plant on Wednesday.

A massive earthquake and tsunami in 2011 destroyed the Fukushima plant’s cooling systems, causing three reactors to melt and release large amounts of radiation. Water used to cool the damaged reactor cores, which remain highly radioactive, has since leaked into the basements of the reactor buildings and has been collected and stored in tanks.

The release plan has been fiercely opposed by fishermen, local residents and Japan’s neighbors, including China and South Korea. Fukushima residents worry the reputation of their agricultural and fishing products will be further damaged.

Most of the radioactivity is removed from the water during treatment, but tritium cannot be removed and low levels of some other radionuclides also remain. The government and TEPCO say the environmental and health impacts will be negligible if the water is slowly released after further treatment and dilution by large amounts of seawater.

Some scientists say the impact of long-term, low-dose exposure to tritium and other radionuclides on the environment and humans is still unknown and the release plan should be delayed. They say tritium affects humans more when it is consumed in fish.

TEPCO plans to transport the treated water through a pipeline from the tanks to a coastal facility, where it will be diluted with seawater and sent through an undersea tunnel, currently under construction, to an offshore outlet.

Caruso said his taskforce plans to visit again in January to meet with nuclear regulators, and will release a final report before the planned release begins. A report on this week’s mission is expected in three months. 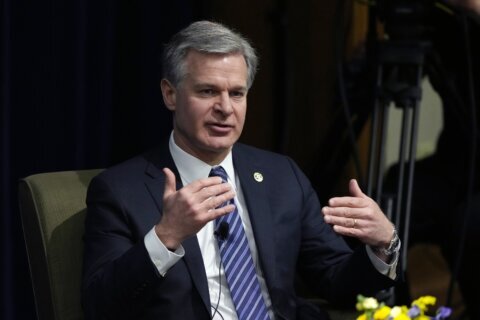 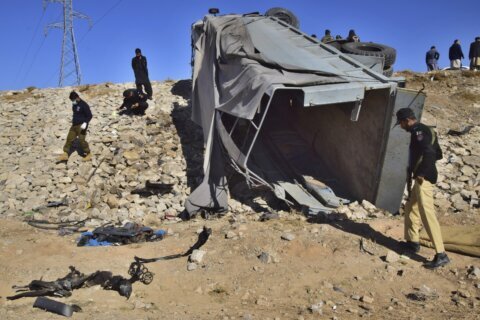