Asian stocks follow Wall St down before US inflation update

Wall Street’s benchmark S&P 500 index lost 2.1% as investors watched vote-counting from Tuesday’s congressional elections to see whether Republicans take control, possibly leading to changes that can unsettle markets. Investors were rattled by the crypto industry’s latest crisis of confidence and weaker profit reports from The Walt Disney Co. and some other companies.

Forecasters expect U.S. government data Thursday to show surging inflation eased in September but stayed near a four-decade high. That might reinforce arguments by some Fed officials that rates have to stay high for an extended period to slow economic activity and extinguish inflation.

“There are upside risks” of higher inflation than expected, said Michael Every of Rabobank in a report. “If so, expect more market pain.”

Investors worry rate hikes this year by the Fed and central banks in Europe and Asia to cool inflation might tip the global economy into recession.

Disney sank 13.2% for the largest loss in the S&P 500 after reporting quarterly results that fell short of analysts’ expectations.

Facebook parent Meta Platforms rose 5.2% after saying it will cut costs by laying off 11,000 employees, or about 13% of its workforce. It is down nearly 70% for the year.

Republicans were within nine seats of the 218 needed to control the House of Representatives as votes still were being counted in some states. Control of the Senate depended on races in Nevada and Arizona that hadn’t been decided.

The outcome will determine how the next two years of President Joe Biden’s term play out. Republicans are likely to launch a spate of investigations into Biden, his family and his administration if they take power. A GOP takeover of the Senate would hobble the president’s ability to appoint judges.

Also Wednesday, cryptocurrencies fell amid worries about the industry’s financial strength after a big player, Binance, called off a deal to buy troubled rival FTX. That at least temporarily ended hopes for a bailout after FTX users scrambled to pull out their money.

Traders hope indicators that show U.S. housing sales and other activity weakening might prompt the Fed to back off plans for more rate hikes. Fed officials have said rates likely will be kept elevated for an extended period until inflation is extinguished.

Forecasters expect Thursday’s data to show inflation decelerated to 7.9% in September from the previous month’s 8.3%. However, prices were expected to rise 0.6% compared with August, accelerating from July’s 0.1% increase.

Core inflation, which strips out volatile food and energy prices to show a clearer trend, is expected to accelerate to 6.5% from August’s 6.3%. That suggests costs of rent, medical services, autos and other goods and services still are rising in response to strong demand.

Traders expect the Fed to raise rates again next month but by a smaller margin of one-half percentage point after a series of 0.75 percentage-point increases. The Fed’s key lending rate is a range of 3.75% to 4%, up from close to zero in March. A growing number of investors expect it to exceed 5% next year.

The yield on the 10-year Treasury, which helps dictate rates for mortgages and other loans, fell to 4.08% from 4.13% late Tuesday. The two-year yield, which tends to more closely track expectations for Fed action, dropped to 4.60% from 4.66%.

In energy markets, benchmark U.S. crude shed 8 cents to $85.75 per barrel in electronic trading on the New York Mercantile Exchange. Brent crude, the price basis for international oil trading, lost 3 cents to $92.62 per barrel in London. 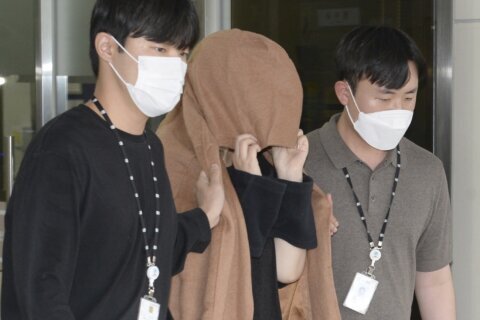 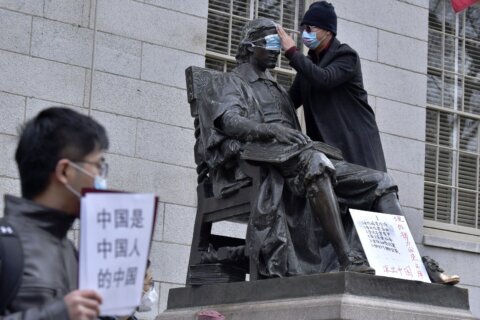