Holidays: 'Enchant' shines with millions of lights in Nats Park | Where to see holiday lights | Send in photos of decorations | How to give greener this season
Home » Asia News » What the war in…

What the war in Ukraine means for Asia’s climate goals

NEW DELHI, India (AP) — The queues outside petrol pumps in Sri Lanka have lessened, but not the anxiety.

Asanka Sampath, a 43-year-old factory clerk, is forever vigilant. He checks his phone for messages, walks past the pump, and browses social media to see if fuel has arrived. Delays could mean being left stranded for days.

“I am really fed up with this,” he said.

His frustrations echo that of the 22-million inhabitants of the island nation, facing its worst ever economic crisis because of heavy debts, lost tourism revenue during the pandemic, and surging costs. The consequent political turmoil culminated with the formation of a new government, but recovery has been complicated by Russia’s invasion of Ukraine, and the consequent upending of global energy markets.

Europe’s need for gas means that they’re competing with Asian countries, driving up prices of fossil fuels and resulting in what Tim Buckley, the director of the thinktank Climate Energy Finance, refers to as “hyper-inflation … and I use that word as an understatement.”

Most Asian countries are prioritizing energy security, sometimes over their climate goals. For rich countries like South Korea or Japan, this means forays into nuclear energy. For the enormous energy needs of China and India it implies relying on dirty coal power in the short term. But for developing countries with already-strained finances, the war is having a disproportionate impact, said Kanika Chawla, of the United Nations’ sustainable energy unit.

How Asian countries choose to go ahead would have cascading consequences: They could either double down on clean energy or decide to not phase out fossil fuels immediately.

“We are at a really important crossroads,” said Chawla.

Sri Lanka is an extreme example of the predicament facing poor nations. Enormous debts prevent it from buying energy on credit, forcing it to ration fuel for key sectors with shortages anticipated for the next year.

Sri Lanka set itself a target of getting 70% of all its energy from renewable energy by 2030 and aims to reach net zero — balancing the amount of greenhouse gas they emit with how much they take out of the atmosphere — by 2050.

Its twin needs of securing energy while reducing costs means it has “no other option” than to wean itself off fossil fuels, said Aruna Kulatunga, who authored a government report for Sri Lanka’s clean energy goals. But others, like Murtaza Jafferjee, director of the think tank Advocata Institute say these targets are more “aspirational than realistic” because the current electrical grid can’t handle renewable energy.

“It will be a slow grind,” said Jafferjee.

Grids that run on renewable energy need to be nimbler because, unlike fossil fuels, energy from wind or the sun fluctuates, potentially stressing transmission grids.

The economic crisis has decreased demand for energy in Sri Lanka. So while there are still power cuts, the country’s existing sources — coal and oil-fired plants, hydropower, and some solar — are coping.

How these two nations meet this demand will have global ramifications.

And the answer, at least in the short-term, appears to be a reliance on dirty-coal power — a key source of heat-trapping carbon dioxide emissions.

China, currently the top emitter of greenhouse gases in the world, aims to reach net zero by 2060, requiring significant slashing of emissions.

But since the war, China has not only imported more fossil fuels from Russia but also boosted its own coal output. The war, combined with a severe drought and a domestic energy crisis, means the country is prioritizing keeping the lights on over cutting dirty fuel sources.

India aims to reach net zero a decade later than China and is third on the list of current global emitters, although their historical emissions are very low. No other country will see a bigger increase in energy demand than India in the coming years, and it is estimated that the nation will need $223 billion to meet its 2030 clean energy targets. Like China, India’s looking to ramp up coal production to reduce dependence on expensive imports and is still in the market for Russian oil despite calls for sanctions.

But the size of future demand also means that neither country has a choice but to also boost their clean energy.

China is leading the way on renewable energy and moving away from fossil fuel dependence, said Buckley, who tracks the country’s energy policy.

“It might be because they are paranoid about climate change or because they want to absolutely dominate industries of the future,” said Buckley. “At the end of the day, the reason doesn’t really matter.”

India is also investing heavily in renewable energy and has committed to producing 50% of its power from clean energy sources by 2030.

“The invasion has made India rethink its energy security concerns,” said Swati D’Souza, of the Institute for Energy Economics and Financial Analysis.

More domestic production doesn’t mean that the two countries are burning more coal, but instead substituting expensive imported coal with cheap homegrown energy, said Christoph Bertram at the Potsdam Institute for Climate Impact Research. What was “crucial” for global climate goals was where future investments were directed.

“The flipside of investing into coal means you invest less into renewables,” he said.

Both Japan and South Korea, two of Asia’s most developed countries, are pushing for nuclear energy after the Russian invasion of Ukraine.

Sanctions against Russian coal and gas imports resulted in Japan looking for alternative energy sources despite anti-nuclear sentiments dating back to the 2011 Fukushima disaster. An earlier-than-expected summer resulted in power shortages, and the government announced plans to speed up regulatory safety checks to get more reactors running.

Japan aims to limit nuclear energy to less than a quarter of its energy mix, a goal seen as overly optimistic, but the recent push indicates that nuclear may play a larger role in the country.

Neighboring South Korea hasn’t seen short-term impacts on energy supplies since it gets gas from countries like Qatar and Australia and its oil from the Middle East. But there may be an indirect hit from European efforts to secure energy from those same sources, driving up prices.

Like Japan, South Korea’s new government has promoted nuclear-generated electricity and has indicated reluctance to sharply reduce the country’s coal and gas dependence since it wants to boost the economy.

“If this war continues … we will obviously face a question on what should be done about the rising costs,” said Ahn Jaehun, from the Korean Federation for Environmental Movement.

But this was a very “hurried reform” and doesn’t address the challenge of weaning the world’s largest coal exporter off fossil fuels and reaching its 2060 net zero goal, said Anissa. R. Suharsono, of the International Institute for Sustainable Development.

“We’re sliding back, into just firefighting,” she said.

Coal exports have increased nearly 1.5 times between April and June, compared to 2021, in response to European demand and Indonesia has already produced over 80% of the total coal it produced last year, according to government data.

The country needs to nearly triple its clean energy investment by 2030 to achieve net zero by 2060, according to the International Energy Agency, but Suharsono said it wasn’t clear how it was going to meet those targets.

“There are currently no overarching regulations or a clear roadmap,” she said. 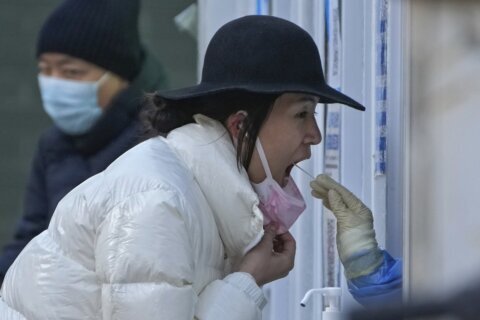