LAFAYETTE, Ind. (AP) — A Purdue University student was charged with murder Thursday in the stabbing death of his roommate, whose body was found by officers sitting in a chair in their campus dorm room.

Ji Min Sha, a 22-year-old cybersecurity major from Seoul, South Korea, faces one count of murder in the killing of Varun Manish Chheda, 20, of Indianapolis.

Prosecutors allege that Sha stabbed Chheda, a data science major, several times in the head and neck with a folding knife that officers found on the floor near the chair where Chheda’s body was discovered, according to the Journal & Courier in Lafayette, Indiana.

Purdue Police Chief Lesley Wiete said last week that Sha called police early on Oct. 5 and told them his roommate was dead in their first-floor dorm room on the campus in West Lafayette, which is about 65 miles (104 kilometers) northwest of Indianapolis.

Officers who arrested Sha found him wearing clothes with blood on them, prosecutors said, and an autopsy found that Chheda had died of “multiple sharp-force traumatic injuries.”

Sha appeared in court Thursday afternoon for his initial hearing before a Tippecanoe County magistrate who informed him of his rights and told Sha he could face between 45 and 60 years in prison if he’s convicted of Chheda’s murder. He is being held without bond.

Prosecutors have not disclosed a motive in the killing. But Sha told reporters “I was blackmailed,” when asked last week why he killed Chheda, without elaborating. He also apologized to Chheda’s family, the Journal & Courier reported. 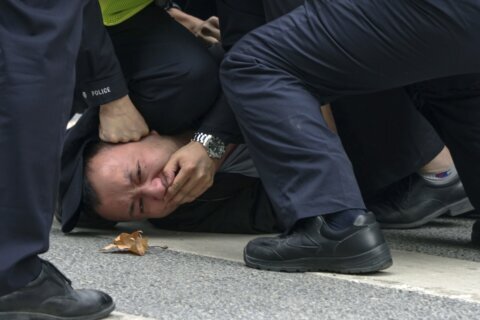