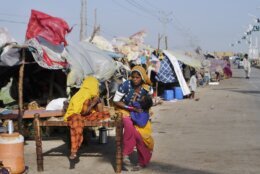 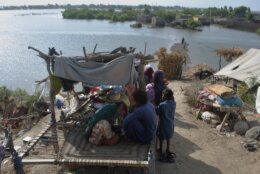 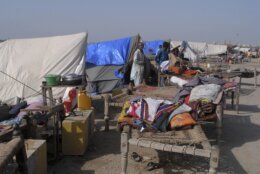 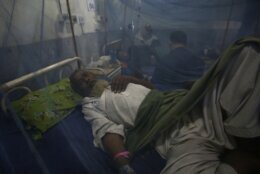 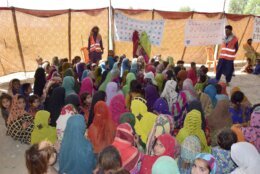 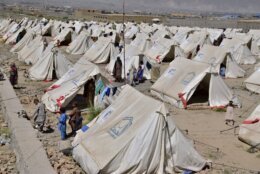 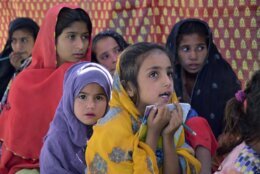 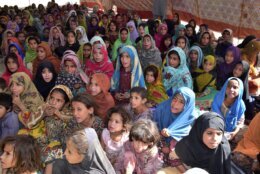 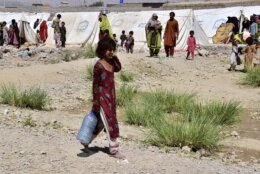 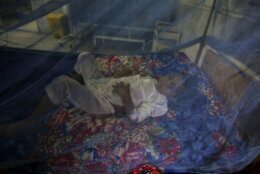 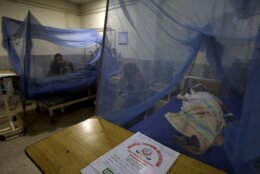 Floodwaters are receding in Pakistan’s worst-hit southern Sindh province, officials said Friday, a potentially bright sign in an ongoing crisis that has left hundreds of thousands of people homeless in the impoverished South Asian country.

The Indus River, which had swelled until earlier this month, was now rushing at “normal” levels towards the Arabian Sea, according to Mohammad Irfan, an irrigation official in Sindh. The water level in the past 48 hours receded as much as 3 feet in some of the inundated areas nearby, including the towns of Khairpur and Johi, where waist-high water damaged crops and homes earlier this month.

A day earlier, engineers had opened a key highway in the southwestern Baluchistan province, allowing rescue workers to speed up aid deliveries to those suffering as medics raced against the spread of waterborne diseases and dengue fever.

Still, hundreds of thousands in Sindh are living in makeshift homes and tents. Authorities say it will take months to completely drain the water in the province, where waterborne diseases and skin infections are spreading. Doctors said they treated 37,000 sick in flood-hit areas in the past 48 hours.

Nationwide, floods have damaged 1.8 million homes, washed away roads and destroyed nearly 400 bridges, according to the National Disaster Management Authority.

The deluge has killed 1,545 people since mid-June, inundated millions of acres of land and affected 33 million people. More than half a million people have been left homeless. At one point, nearly a third of the impoverished country was underwater. Several economists say the cost of the disaster may reach $30 billion.

As many as 552 children have also been killed in the floods in recent months.

On Friday, the representative of the U.N. children’s agency in Pakistan, Abdullah Fadil, said after visiting Sindh’s flood-hit areas that an estimated 16 million children had been impacted by the floods. He said UNICEF was doing everything it can “to support children and families affected and protect them from the ongoing dangers of water-borne diseases.”

Pakistani Prime Minister Shahbaz Sharif has urged developed countries, especially those behind climate change, to scale up aid to his country. Sharif on Friday met with Chinese President Xi Jinping in Uzbekistan on the sidelines of a security group summit and thanked him for sending aid, Pakistan’s Foreign Ministry said.

So far, 110 flights from different countries and international aid agencies have delivered supplies for flood victims, the ministry said, including 20 flights from the United States and 41 from the United Arab Emirates, which last month set up a humanitarian air bridge for aid to Pakistan.

On Friday, Samantha Power, the administrator of the U.S. Agency for International Development, tweeted her thanks to the U.S. military’s Central Command for helping bring aid to Pakistan.

“Grateful to the supremely dedicated & effective @CENTCOM team for their work airlifting supplies into Pakistan as part of the US response to the flooding,” she said. “Over seven days, they’ve delivered 630 metric tons of aid to groups on the ground and communities impacted by the floods.”

The previous day, scientists and experts in the latest study on floods in Pakistan said the country’s overall vulnerability, including people living in harm’s way, was the chief factor in the disaster. But “climate change” also played a role in causing heavy rains, which triggered the flooding.

August rainfall in the Sindh and Baluchistan provinces — together nearly the size of Spain — was at least seven times the normal amounts, while the country as a whole had more than triple its normal rainfall. That’s according to the report by World Weather Attribution, a collection of mostly volunteer scientists from around the world who do real-time studies of extreme weather to look for evidence of climate change.

Pakistan’s minister for climate change, Sherry Rehman, was the first to publicly blame the developed world for causing climate-induced unusually heavy monsoon rains, which started in June and are expected to continue this month.

“Pakistan, at least in the south, is totally inundated. Outside of Karachi, go a little further up in Sindh and you will see an ocean of water, with no break,” she tweeted recently. “Where to place the tents, where to find dry ground? How to feed 33 million people plus? How to get them healthcare? Help us.”

In other developments, a roadside bomb exploded on Friday near a vehicle at a bazar in the southwestern city of Quetta, Baluchistan’s capital, killing a man and wounding two others, senior police officer Ghulam Azfar said. The motive for the attack was not known and an investigation was underway, he said.

For nearly two decades, Baluchistan has been the scene of a low-level insurgency by separatist groups demanding independence from the central government in Islamabad. The government says it has quelled the insurgency, but violence in the province has persisted. 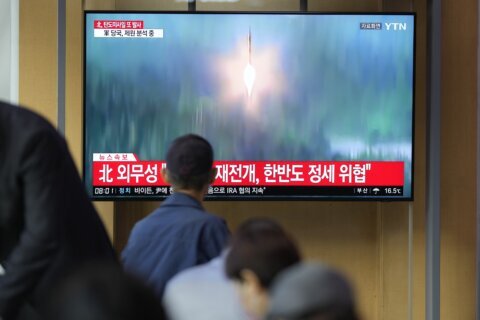 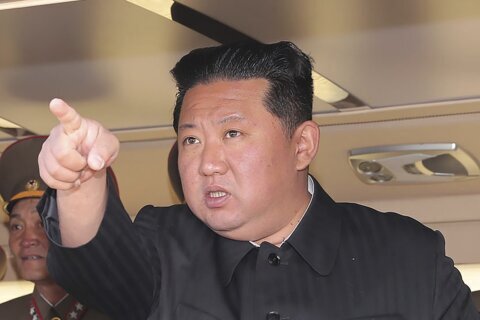