But as the 28-year-old journalist studied the little-known Kenkoku University, she became fascinated about a place that started out as a grand piece of imperial propaganda meant to celebrate Japan’s prewar colonization of large swaths of Asia.

In recent years, the dwindling number of surviving students, their families and those who have researched its history have come to share a sense of cross-national unity. It is built on sometimes surprising friendships forged at the Japan-run university, which glorified official notions of pan-Asian harmony even as imperial troops brutalized much of the region.

The university is a unique footnote in the rocky relationship between Japan and China, which are celebrating their 50th anniversary of diplomatic relations this week.

Kenkoku University operated from 1938 to 1945. It selected elite male students from Japan, China, Korea, the then-Soviet Union and Mongolia, according to a book by Hideyuki Miura, a reporter for the Asahi Shimbun newspaper. The students lived and studied together in Manchuria under the banner of “the harmony of five ethnicities.”

Among the university’s 1,400 or so graduates were some who played major roles in Asia’s rise over the last 80 years, including former South Korean Prime Minister Kang Young-hoon.

Eager to learn more about her late grandfather, Qiu Laizhuan, Oka began a documentary project aimed at finding alumni now in their 90s and 100s in Japan.

Through a graduate-list book and a pile of letters Qiu exchanged with his classmates, she managed to find and meet seven alumni living in Japan.

Her work has encouraged growing friendships between Japanese and Chinese family members of the graduates.

Among them is Shigeru Imaizumi, 96, who entered the university the same year as Oka’s grandfather, in 1944.

Imaizumi said in an interview with The Associated Press that he exchanged a few words in Japanese with Qiu whenever he ran into him at the school.

The students, about half of whom were Japanese, were encouraged at first to debate each other in an atmosphere of free speech, something that was at odds with the strict, ultranationalist atmosphere in wartime Japan. The university library even gave the students access to then-prohibited books written by Karl Marx and Vladimir Lenin.

By the time Imaizumi was attending the university, just before the end of World War II, life was much less lively and full of discussion. The atmosphere was tense, he said, as students worried about an uncertain future and speculated about the war’s end.

“Although I didn’t want to believe it, all the Chinese students seemed to know that Japan was going to lose, and so we talked very little about the situation or our beliefs compared to the first batch of students,” he said.

Imaizumi said he was also bewildered by a gap between the “harmony” praised by the Japanese government and the discrimination by Japanese people against other ethnicities he witnessed daily outside the school.

“My Chinese classmates once told me there are two different kinds of Japanese — those like us and the others they encountered in the city” outside the university, Imaizumi said.

Despite the difficult circumstances, Imaizumi developed a strong friendship with a Chinese classmate who invited him to a final dinner just a few months before the war’s end.

Soon after, Imaizumi was deployed to southern Manchuria as a soldier. After the war ended, he was held prisoner in Siberia for nearly two years before returning to Japan at age 21.

After broadcasting the documentary, Oka began receiving dozens of letters from family members of Kenkoku University graduates. They provided her with new documents supporting the graduates’ recollections.

With those in hand, she has produced another documentary featuring the children of Kenkoku alumni, many of whom had studied in Japan. She also interviewed the son of a Chinese student who later contributed to the 1972 normalization of ties between Japan and China and became the first consul general to Japan in Hokkaido.

Two of the seven Kenkoku graduates she interviewed died after the documentaries aired, and Oka became determined to advance the university’s legacy of friendship.

Oka also says the work has deepened her understanding of her multicultural past. Spending much of her childhood in both Japan and China, Oka grew up between cultures.

“One time, a classmate in China accused me of being Japanese and hit me, but in Japan I was treated as Chinese. I felt like I did not belong to any society, and it was very sad,” Oka said.

She takes strength, however, from her grandfather’s experience.

“My grandfather didn’t really care what his nationality was and lived by a motto that anywhere in the world was his home. I want to respect that and keep this spirit of his within me,” Oka said. 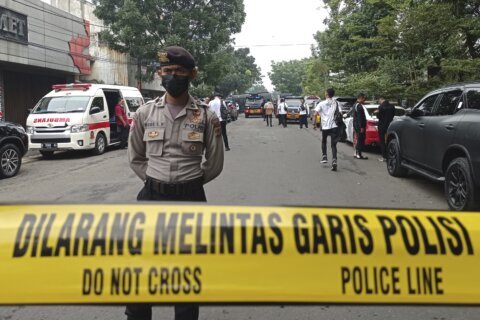