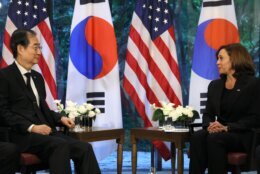 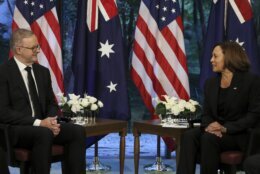 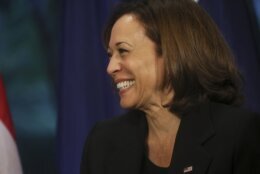 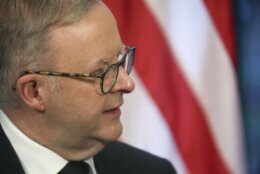 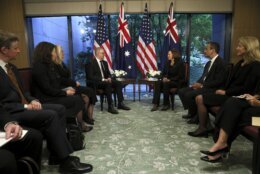 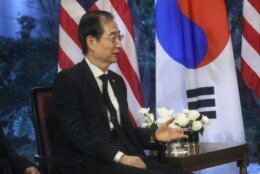 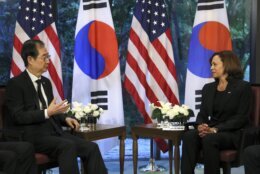 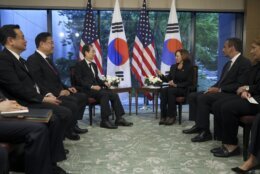 TOKYO (AP) — In meeting after meeting with Asian leaders Tuesday, Vice President Kamala Harris emphasized the U.S. commitment to regional security and the White House disclosed that she would visit the Demilitarized Zone dividing the rival Koreas.

An official said Harris would tour the border area between South and North Korea on Thursday, at the end of her trip to Asia. The visit comes amid persistent concerns about North Korea’s missile and nuclear programs.

U.S. House Speaker Nancy Pelosi visited the DMZ in August, and then-President Donald Trump went in 2019 when he met with North Korean leader Kim Jong Un. President Joe Biden did not go when he was in South Korea earlier this year.

Harris’ plan, which had been kept under wraps by her team, was unexpectedly revealed during a meeting with South Korean Prime Minister Han Duck-soo on Tuesday. A White House official rushed to confirm details of her trip afterward.

The official, speaking on the condition of anonymity, said Harris “will tour sites at the DMZ, meet with service members and receive an operational briefing from U.S. commanders.”

She will also “reflect on the shared sacrifice of tens of thousands of American and Korean soldiers who fought and died together” in the war that divided the peninsula seven decades ago.

According to the White House, Harris also talked with Han about South Korea’s complaints about the Inflation Reduction Act, which makes electric cars built outside of North America ineligible for government subsidies.

“They pledged to continue to consult as the law is implemented,” the White House said.

Security concerns have dominated Harris’ public remarks during her meetings in Tokyo, where she’s attending the state funeral of former Prime Minister Shinzo Abe, who was assassinated in July.

While sitting down with Han, Harris said the U.S. alliance with South Korea is the “linchpin of security and prosperity” in the region.

“We stand with you in the face of threats,” she said.

Afterwards, Harris met with Australian Prime Minister Anthony Albanese, telling him their countries share a “common goal and bond as it relates to our dedication to peace and security.”

During that encounter, Harris described the U.S. alliance with Japan as “a cornerstone of what we believe is integral to peace, stability and prosperity” in the region.

Like the abrupt disclosure of Harris’ trip to the DMZ, the meeting with Kishida was also marked by confusion. His staff tried to usher reporters out of the room while Harris was still speaking. The commotion drowned out some of her remarks, making it hard for her office to finalize a transcript of her exact comments.

In addition to concerns over North Korea, there’s been increased tension involving Taiwan, the self-governing island that China views as part of its territory.

Biden recently said that the U.S. would send troops to defend Taiwan if China attacked. Wang Yi, China’s foreign minister, said Saturday that any attempt to prevent reunification with Taiwan would be “crushed by the wheels of history.” 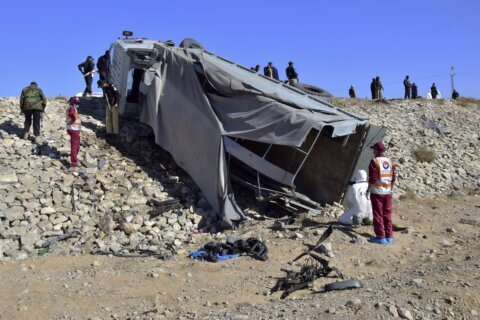