TOKYO (AP) — The head of the U.S. Environment Protection Agency said Friday that advanced nuclear technology will be “critical” for both the United States and Japan as they step up cooperation to meet decarbonization goals.

Michael Regan, after holding talks with his Japanese counterpart Akihiro Nishimura in Tokyo, told a joint news conference that nuclear energy in their countries plays a role and “the opportunities for advanced nuclear technology will be critical if we’re going to meet our climate goals.”

Japanese Prime Minister Fumio Kishida said last week he instructed his government to consider developing safer, smaller nuclear reactors, in a renewed emphasis on nuclear energy years after many of the country’s plants were shut down.

Kishida said Japan needs to consider all options of energy mix, including nuclear, to bolster its “green transformation” effort to curb emissions of greenhouse gases and to secure stable energy supply. Japan has pledged to reach carbon neutrality by 2050.

Anti-nuclear sentiment and safety concerns rose sharply in Japan after the 2011 Fukushima nuclear plant meltdowns, but the government has been pushing for a return to nuclear energy amid worries of power shortage following Russia’s invasion of Ukraine and a global push to reduce greenhouse gases. Japan has faced criticism for saying it will phase out fossil fuel use by 2050 without showing clearer timeline.

While maintaining a 20%-22% target for nuclear energy as part of its energy mix for 2030, Japan’s government had previously insisted it was not considering building new plants or replacing aged reactors, apparently to avoid stoking criticism from a wary public. Kishida’s recent comment represents a sharp change from that stance.

Kishida asked a government panel to decide by the end of the year on its proposal for the development and construction of “new innovative reactors,” such as small modular reactors, while also considering extending operational lifespan of aging reactors.

President Joe Biden also believes that it is an “all hands on deck approach,” Regan said, adding that investments in nuclear technology and carbon capture will complement the big potential for renewable energy.

U.S. and Japanese environment heads also agreed to cooperate to speed up global effort to achieve decarbonization as well as curb ocean plastic pollution, chemicals and other environmental issues.

Biden last month signed into law the Inflation Reduction Act that includes energy provisions aimed at creating savings by providing tax credit for new purchases of some electric vehicles and for home owners who invest in energy-efficient equipment.

While costs of wind, solar and battery storage are coming down and will dominate the future market, existing technology will remain important for the zero emissions goal “if we want to respond to the climate crisis in a timely manner,” Regan said. 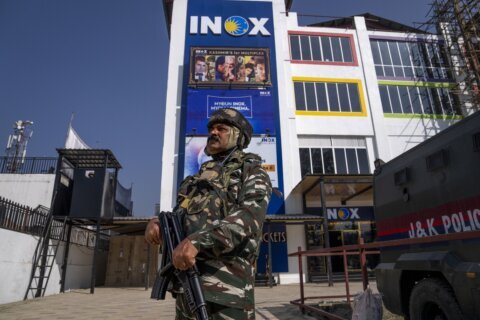