PLANO, Texas (AP) — A woman has been arrested and faces a possible hate crime charge after she was captured on video in a racist rant and assault on women of South Asian descent in a suburban Dallas parking lot, officials said Thursday.

Plano police said in a statement that Esmeralda Upton, 58, of Plano, was arrested and charged with misdemeanor assault and terroristic threat charges. She remained in city jail Thursday with bond set at $10,000.

The statement said the incident also was being investigated as a hate crime. Jail officials had no attorney listed for Upton.

The incident happened shortly after 8 p.m. Wednesday outside a Plano restaurant. A widely circulated video recorded by the women of Indian descent showed Upton unleashing a profanity-laced rant on them, challenging their presence in the United States, threatening to shoot them and physically assaulting the woman shooting the video.

It was unclear from the video what, if anything, triggered the rant and assault. 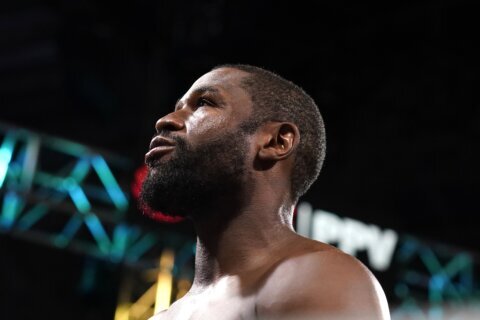