HANOI, Vietnam (AP) — A Vietnamese court has rejected an appeal by prominent journalist and democracy activist Pham Doan Trang, who had been sentenced to nine years in prison on charges of “propaganda against the state,” state media said.

The Hanoi Supreme Court upheld the sentence that was handed down to the 44-year-old in December, Tuoi Tre newspaper reported. During the court hearing on Thursday, the judge said Trang’s activities “brought danger to the society,” “violated the stability” of the government and that her sentence was justified, the newspaper said.

Trang, who denied the charges, is known for her outspokenness on topics including gender equality, human rights and democracy.

For her activism, Trang was granted the 2022 Secretary of State’s International Women of Courage Award.

“Trang’s continued detention is the latest instance in an alarming pattern of arrests and sentencing of individuals in Vietnam for peacefully expressing their opinions,” said Ned Price, spokesperson for the U.S State Department.

“We call for the Vietnamese government to release Trang and to allow all individuals in Vietnam to exercise their right to freedom of expression, without fear of retaliation, consistent with the human rights provisions in Vietnam’s constitution and Vietnam’s international obligations and commitments,” Price said in a statement. 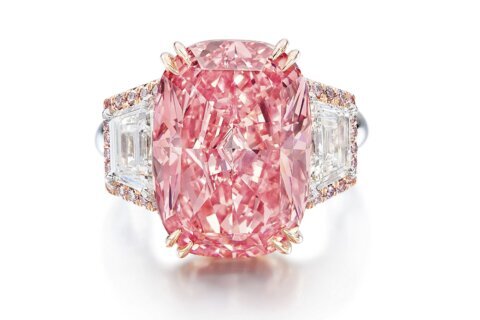