BUFFALO, N.Y. (AP) — The United States women’s national hockey team, which will feature 18 returning Olympians, took the ice for the first time Sunday to prepare for the world championships without new coach John Wroblewski, who tested positive for COVID-19.

Wroblewski tested positive Saturday, USA Hockey spokeswoman Melissa Katz said, and will coach remotely while spending a 10-day stretch in self-isolation. Should he be cleared, Wroblewski would travel separately to join the team in Denmark, where the U.S. opens the 10-nation tournament against Japan on Aug. 25.

“The COVID news is unfortunate, but I’ll look at the positive side. I got a great look at the overall picture this week, and now I get to remove myself and process it while still making team decisions,” Wroblewski wrote in a text to The Associated Press.

Before testing positive, Wroblewski had a chance to meet the players at a series of practices last week involving Under-18, college and national team members.

“I’m excited to take this window to create development plans for some of our players that they can start to work on even during the tournament,” he added.

He said another benefit is by having assistant coaches Josh Sciba and Shelley Looney run practice, it will allow them to become more familiar with the systems Wroblewski has introduced, and help further develop their rapport with players.

Wroblewski was hired May 31 to replace Joel Johnson, who coached the team to a silver medal at the Beijing Winter Games in February. Johnson stepped down after one year as part of his commitment to coach the University of St. Thomas women’s program.

The team is scheduled to travel to Denmark on Thursday following a pre-tournament camp in Buffalo, New York.

“It’s business as usual. I think everybody knows their job,” said forward Hilary Knight, who will be competing in her 12th world championship.

“Obviously, it’s a big miss. He’s a new coach and he’s not here for the first week or so. But he does his best to Zoom in and just make it work,” she added. “That’s just the name the game in this tournament. If something happens, you have to be able to adjust and adapt and keep moving forward.”

The U.S. roster is led by Knight, whose 47 goals and 80 points are world championship team records, and Kendall Coyne Schofield, who will be making her ninth tournament appearance.

There are only five players who did not compete in Beijing, where the Americans lost 3-2 to Canada. But forward Lacey Eden and goalie Aerin Frankel were members of the U.S. team that got silver following a 3-2 overtime loss to Canada in last year’s world championships.

The only true newcomers named to the roster are forwards Taylor Heise (University of Minnesota) and Hannah Bilka (Boston College), and Cornell University defender Rory Guilday.

Wroblewski spent two seasons coaching the Los Angeles Kings’ American Hockey League affiliate, the Ontario Reign, before stepping down for personal reasons. The 41-year-old is best known for his four years at the National Team Development Program, where he oversaw teams which produced 29 NHL draft picks. 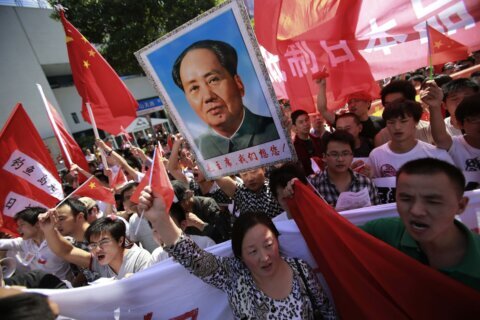 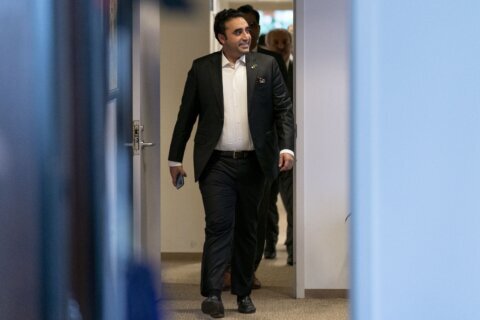