BANGKOK (AP) — The owner of a music pub in eastern Thailand where a fire last week killed 15 people and injured more than three dozen others was released on bail when he was brought to court Monday to hear criminal charges against him.

Pongsiri Panprasong, owner of the Mountain B pub in Sattahip district of Chonburi province, about 160 kilometers (100 miles) southeast of Bangkok, turned himself in late Saturday. Police charged the 27-year-old with causing death by negligence and operating an entertainment venue without permission. He could face up to 10 years in jail and a fine of up to 200,000 baht ($5,580).

At his Monday court appearance, he was granted release on bail of 300,000 baht ($8,390) on condition he wear a tracking device.

Live bands regularly played on a stage at the pub, including as the fire started early Friday morning on the ceiling above them. Police have said the venue was licensed only for operation as a restaurant.

The site of the fire, which took place early Friday morning, remained sealed off Monday as forensic police and building inspectors worked to determine the cause of the blaze and whether the pub had met building standards.

“I am sorry. I want to say sorry to the victims’ families,” said Pongsiri to reporters through a window at the back of a police prison van at the court in Pattaya. Pongsiri, whose face was concealed by a mask, a hat and a towel, said he will compensate the victims.

Many of the injured from the fire suffered severe burns that left them in critical condition. Thirteen died at the scene, one more in a hospital on Friday and the 15th victim, Thanakrit Neenoi, died on Saturday. His sister told local media that Thanakrit went to the pub with his wife and friends to celebrate his birthday. His wife remains in the hospital for treatment.

The governor of Bangkok, Thailand’s biggest city, said Saturday that the city had inspected more than 400 entertainment venues in the city before the fire and found 83 places failing to comply with safety standards. Chadchart Sittipunt told reporters the venues would be ordered closed if they did not act to fix their problems.

Sixty-six people were killed and more than 200 injured in a fire during a Jan. 1, 2009, New Year’s Eve celebration at the Santika nightclub in Bangkok. That blaze was apparently sparked by an indoor fireworks display. Toxic smoke flooded the venue and contributed to the death toll as the entire club caught fire. 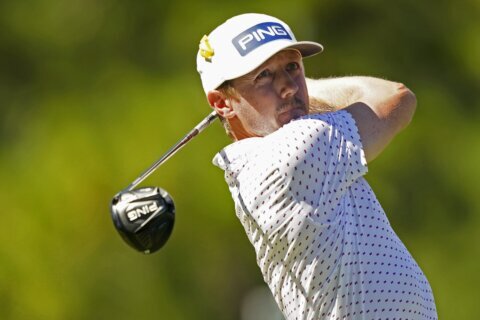