Palau VP delegation quarantined in Taiwan after 2 get virus

TAIPEI, Taiwan (AP) — Palau’s vice president and her eight-member delegation have been quarantined in Taiwan after two of them tested positive for the coronavirus.

Palau is one of the 14 countries still maintaining formal relations with Taiwan, which China claims as its own and has relentlessly sought to isolate internationally by depriving it of diplomatic partners.

Vice President J. Uduch Sengebau Senior arrived for an official five-day visit on Saturday and was due to meet with President Tsai Ing-wen.

The delegation from the Pacific nation had PCR tests on Sunday, with two of them positive for the virus that causes COVID-19.

The conditions of their quarantine remain unclear. Taiwan generally mandates several days of quarantine in a hotel or private home.

Taiwan’s Foreign Ministry said their schedule has been suspended for the time being. In a statement, the ministry gave no details on who in the delegation had tested positive or how long they would remain in Taiwan, but said it would “continue to provide them with the proper care.”

Taiwan has gradually relaxed its COVID-19 restrictions, but testing and quarantine restrictions for foreign arrivals remain in place.

Upon her arrival, Senior, who is also her country’s justice minister, said she looked forward to “strengthening bilateral relations with the Taiwan government and the Ministry of Justice in Taiwan, in the areas of justice, maritime security and public safety.”

Taiwan this week is also hosting Foreign Minister Mario Bucaro of Guatemala, another of its dwindling number of diplomatic allies.

The visits come amid heightened tensions between Taiwan and China, following China’s threatening military exercises and missile launches staged in retaliation for a trip to the island earlier this month by U.S. House Speaker Nancy Pelosi. 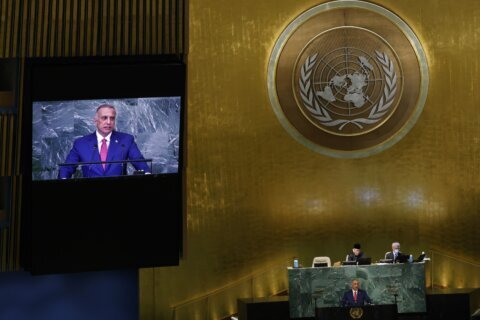 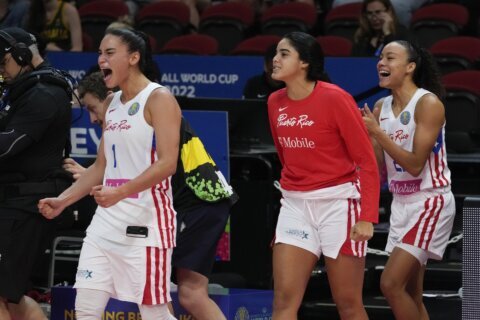 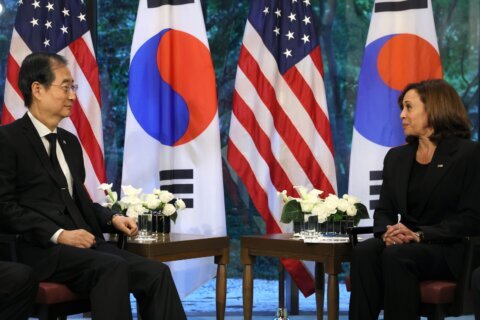