Past S. Korean gov’ts blamed for abuses, deaths at facility

SEOUL, South Korea (AP) — South Korea’s Truth and Reconciliation Commission has found the country’s past military governments responsible for atrocities committed at Brothers Home, a state-funded “vagrants’ facility” where thousands were enslaved and abused from the 1960s to 1980s.

The landmark report on Wednesday came 35 years after a prosecutor first exposed the horrors at the facility in the southern port city of Busan and details an attempted cover-up of incriminating evidence that would have confirmed a state-sponsored crime.

The commission’s chairperson, Jung Geun-sik, urged South Korea’s current government to issue a formal apology to survivors and explore ways to ease their suffering as he announced the initial results of its investigation into Brothers, including extreme cases of forced labor, violence and deaths.

The commission also called for the government to review the conditions at current welfare facilities around the country and swiftly ratify the United Nations convention against enforced disappearances.

The commission “confirmed that the direct and indirect exercise of government authority resulted in the forced confinement of people deemed as vagrants at Brothers Home and caused serious violations of human rights, including forced labor, physical assault, cruel treatment, deaths and disappearances,” Jeung said in a news conference at the commission’s office in Seoul.

“The state has ignored pleas (by inmates) to correct the human rights violations at Brothers Home, had knowledge of the problems but did not act to resolve them, and attempted to distort and minimize the scale of the abuses after the Brothers Home incident became known in 1987, preventing proper legal handling (of the abuses) based on facts,” he said.

Lee Jae-seung, a senior commission official who oversees the Brothers inquiry, said he wouldn’t hesitate to define Brothers as a state crime.

The commission’s report was based on an examination of a broad range of evidence, including documents from police, prosecutors and courts, and Brothers’ own files, such as intake documents and death certificates. It also found records that suggest the facility abusively administered psychiatric drugs to control inmates.

The commission said the violence and abuse at Brothers were even worse than previously known. It said its examination of records so far point to at least 657 deaths at Brothers, which was higher than the previously known tally of 513 between 1975 and 1986 documented in the facility’s records.

The commission also confirmed that Busan police randomly seized people off the streets to send them to Brothers, regardless of whether they had easily identifiable homes or families. They often allowed Brothers employees, who toured the city in trucks, to do the kidnapping themselves.

Brothers, run by late owner Park In-keun and his family, also embezzled the wages of thousands of inmates who were forced into slave labor, which involved construction work both offsite and at Brothers, as well as work in factories making clothing, ballpoint pens and fishing hooks.

So far, no one has been held accountable for hundreds of deaths, rapes and beatings at Brothers.

Jung acknowledged that the recommendations the commission makes to the government aren’t binding but said its findings could be used as evidence for survivors if they pursue lawsuits for damages against the government or any remaining Brothers stakeholders. The commission did not directly recommend the pursuit of criminal charges.

Jung said the commission also plans to look into the foreign adoptions of Brothers children, which The Associated Press first confirmed in 2019. Through documents obtained from officials, lawmakers or through freedom of information requests, the AP found direct evidence that 19 children were adopted out of Brothers between 1979 and 1986, and indirect evidence suggesting at least 51 more adoptions.

Some Brothers survivors wept from their seats as Jung and Lee announced the results of the investigation.

Choi Seung-woo, who landed in Brothers as a schoolchild in 1982 after being kidnapped by police and endured severe beatings and sexual abuse for years, said the report gives survivors “hope and courage.” He urged the government to actively support survivors who are grappling with financial and health problems and intense “trauma.”

“(The commission’s findings) give us another opportunity to redeem ourselves in court, but no one knows how long that’s going to take,” Choi said.

“I am fine. I run three convenience stores, but what about this guy?” Lee said, showing his text messages with another former inmate stuck in a long-term care hospital. “Our country has been waiting for us to die.”

From the 1960s to 1980s, South Korean military dictators ordered roundups to beautify the streets. Thousands — including homeless and disabled people, as well as children — were snatched off the streets and brought to facilities where they were detained and forced to work. The commission said such roundups were “illegal and unconstitutional” as they violated people’s fundamental rights and freedoms.

In interviews with dozens of former Brothers inmates, many said that as children, they were brought to the facility after police officers kidnapped them, and that their parents had no idea of their whereabouts.

Many inmates were enslaved, raped and, in hundreds of cases, beaten to death or left to die, their bodies dumped in the woods, according to dozens of interviews with survivors and a review of an extensive range of government and Brothers documents obtained by the AP.

The commission said the facility’s death records describe many of the victims as already dead upon arrival at hospitals, which it said either indicates dismal health conditions at the overcrowded facility or an attempt to conceal deaths caused by beatings and torture.

The commission said records show that Brothers, which had a designated ward for inmates with mental health problems, purchased abnormal volumes of psychiatric drugs. Such drugs were likely forced upon a broad range of inmates as the facility’s owners tried to maintain their grip over a sprawling compound they controlled with severe violence and military-style discipline.

“Brothers Home arbitrarily administered drugs to inmates who struggled to adjust or were rebellious, and the psychiatric ward was used as a so-called ‘disciplinary ward,’’’ the commission said in its report.

The commission also highlighted an extreme case of a former Brothers inmate who reunited with his relatives nearly five decades after he landed at the facility.

The man, identified only by his surname Seol, was grabbed from a Busan train station and locked up at Brothers sometime around 1974 and 1975. He was transferred years later to an orphanage, which registered him as an orphan, soon after his family registered him as dead following years of futile searches. Seol reunited with his relatives in June last year, following the commission’s investigation into his family background.

The roundups intensified as South Korea began preparing to bid for and host the 1988 Summer Olympics. Brothers, a mountainside compound in Busan, was the largest of these facilities and had around 4,000 inmates when its horrors were exposed in 1987.

Kim Yong Won, the former prosecutor who exposed Brothers, told the AP that high-ranking officials blocked his investigation under direction from the office of military strongman Chun Doo-hwan, who feared an embarrassing international incident on the eve of the Olympics.

Following Kim’s watered-down investigation and narrow indictments, Park, the Brothers’ owner, was acquitted by the Supreme Court in 1989 of charges linked to illegal confinement of inmates. Park, who served a short prison term for embezzlement and other relatively minor charges, died in 2016.

The commission began investigating the Brothers abuse in May last year, following a yearslong struggle for redemption by Brothers survivors, many of whom are struggling with financial and health problems. 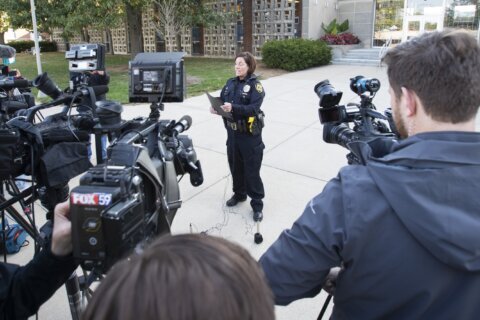