MUIRFIELD, Scotland (AP) — Ashleigh Buhai recovered from losing a five-shot lead at the Women’s British Open by beating In Gee Chun on the fourth hole of a sudden-death playoff Sunday to win her first major title.

With the light fading, the South African golfer made a superb bunker shot on the 18th hole to leave herself with a short par putt. Chun drove into a pot bunker, had to hit wedge out and wound up making a bogey.

Buhai calmly rolled in her winning putt from 3 feet and then clutched her face in relief, before being drenched in champagne, water and other beverages by her entourage.

She made things a lot more difficult than they had to be, though.

Buhai entered the final round with a commanding five-shot lead and was still three strokes ahead before a triple bogey on the par-4 15th that put her level with Chun.

She then missed a short birdie putt on the par-5 17th that would have restored a one-shot lead. Both players missed long birdie putts on the 18th as they settled for a playoff after finishing on 10-under 274.

Hinako Shibuno of Japan, the 2019 champion, finished one shot back in third after missing a chip from just off the green that would have made it a three-way playoff.

GREENSBORO, N.C. (AP) — Joohyung “Tom” Kim announced his arrival on the PGA Tour when the 20-year-old South Korean closed with a 9-under 61 for a five-shot victory in the Wyndham Championship on Sunday, making him the second-youngest winner on tour since World War II.

A marathon day because of storm delays turned into a sprint for Kim. He finished the third round in the morning and was two shots behind, and then shot 27 on the front nine to leave the rest of the field in his wake.

No one came close the rest of the way.

The victory gave Kim instant membership on the PGA Tour, making him eligible for the FedEx Cup playoffs that start next week. He is No. 34, assured of playing two postseason events and with a reasonable shot at getting to the finale at East Lake.

Sungjae Im, who finished seven holes Sunday morning to take the 54-hole lead, had a 68 and tied for second along with John Huh (67).

Kim is the first PGA Tour winner born after 2000. Jordan Spieth was 19 when he won the John Deere Classic for his first tour win.

Rickie Fowler nailed down the final spot among the top 125 in the FedEx Cup that advance to the postseason, even though he missed the cut. Justin Lower was set to be in the top 125 until missing a 6-foot par putt on the last hole.

NEWPORT, Wales (AP) — Callum Shinkwin of England claimed his second European tour title by closing with a 1-under 70 for a four-shot victory in the Cazoo Open on Sunday.

Shinkwin finished at 12-under 272 at Celtic Manor, where he has now finished first, fourth and eighth in his last three visits.

A late charge from Scotland’s Connor Syme (68) secured second place on 8 under. Syme made eagle on the 11th and had a hat trick of birdies from the 15th before dropping a shot on the last.

Shinkwin’s other title was two years in the Aphrodite Hills Cyprus Open, a tournament put together during the tour’s return from the COVID-19 pandemic.

CALGARY, Alberta (AP) — Jerry Kelly missed a chance to win in regulation and then made short work in the playoff Sunday with a 4-foot birdie putt to win the Shaw Charity Classic for his third title of the season on the PGA Tour Champions.

Kelly closed with a 3-under 67 and won the playoff over John Huston, who shot 65 in one of his best chances to win in his 11 years on the 50-and-older circuit.

The final round was so tight that five players finished one shot behind.

Kirk Triplett, who had the lead going into the final round, had a 4-foot birdie putt on the par-5 18th to join Kelly and Huston at 9-under 201. But it lost speed and caught the edge of the cup. Triplett shot 69.

FARMINGTON, Utah (AP) — Andrew Kozan came into the Utah Championship having missed the cut in his last 11 starts on the Korn Ferry Tour. He closed with a 8-under 63 for a one-shot victory.

The first professional win for the former Auburn player was just the tonic for a rough rookie season on the Korn Ferry Tour. Kozan had made only five cuts in 20 starts. The victory moves him to 41 on the points list, with the top 25 earning PGA Tour cards.

Suh moved to No. 7 in points with his runner-up finish. The group two shots behind included Michael Kim, a one-time PGA Tour winner who moved up six spots to No. 25.

Xiaowen Yin of China won her second straight Symetra Tour event when she overcame a four-shot deficit and closed with a 3-under 69 for a one-shot victory over Gabriella Then in the French Lick Charity Classic. Yin went over $100,000 for the year and is No. 2 in the “Race for the Card” for the 10 players who earn LPGA Tour cards next year. … Mikumu Horikawa closed with a 1-under 70 for a three-shot victory in the Japan PGA Championship, the second major on the Japan Golf Tour schedule. … Gaganjeet Bhullar of India rallied with a 7-under 65 and won the Mandiri Indonesia Open, his first Asian Tour victory in four years. … Velten Meyer of Germany closed with a 7-under 65 and won the Vierumaki Finnish Challenge by five for his first title on Europe’s Challenge Tour. Marc Hammer, who started the final round tied with Meyer, closed with a 70 to finish second. … Austin Greaser, the runner-up in the U.S. Amateur last year, captured the 120th edition of the Western Amateur by rallying from 2 down for a 1-up victory over Mateo Fernandez de Oliveira of Argentina. Greaser had to get through a seven-for-two playoff just to get into the match play portion at Exmoor Country Club outside Chicago. … Ryan Gerard shot a 1-over 73 and held on for a one-shot victory over Thomas Walsh in the Quebec Open on the PGA Tour Canada. … George Coetzee closed with a 5-under 67 and won the Vodacom Origins of Golf series at De Zalze Golf Club for the second straight year on the Sunshine Tour. … Min-Young Lee closed with a 5-under 67 for a one-shot victory in the Hokkaido Meiji Cup on the Japan LPGA. … Han Sol Ji rallied to win the Jeju Samdasoo Masters on the Korean LPGA by closing with a 5-under 67 for a one-shot victory over Ye Rim Choi. 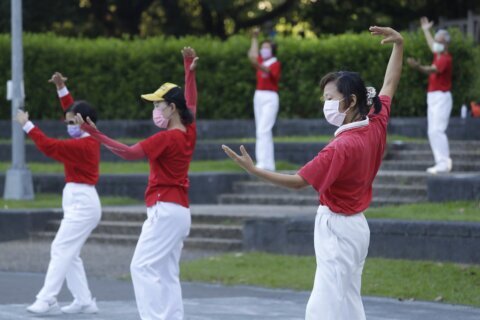 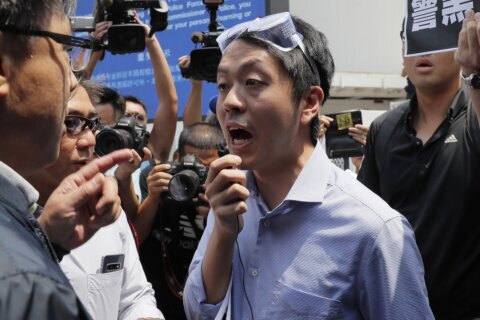