White House: No need for tensions if Pelosi visits Taiwan

WASHINGTON (AP) — There’s no reason for China and the U.S. “to come to blows” should House Speaker Nancy Pelosi visit Taiwan during an Asia trip she is expected to make soon, the White House said Friday, underscoring the international tensions surrounding her travel plans.

The remarks by National Security Council spokesman John Kirby came as Pelosi, D-Calif., offered a rationale for a visit to Asia that she had yet to publicly acknowledge. Kirby was asked Friday if the U.S. has noticed any Chinese military preparations due to her travel plans.

Seeming to stop just short of saying she would travel there, Pelosi said, “I’m very excited that should we go to the countries, that you’ll be hearing about along the way about the conversations” she would have there.

She noted President Joe Biden’s focus on Asia and referenced his recent trip to South Korea and Japan, telling reporters, “He has visited there, his vice president has visited, the secretary of commerce and others. And we want the Congress of the United States to be part of that initiative.”

Pelosi and her aides have not confirmed her travel plans or named the countries she might visit, citing security concerns. China considers Taiwan its own territory and has said it might reclaim the island democracy by force.

For more than four decades, the U.S. has followed a “one China” policy in which it recognizes Beijing as the government of China yet maintains informal relations and defense ties with Taiwan.

China has objected strenuously to any Taiwan visit by Pelosi, warning of “resolute and strong measures” if she does.

Biden said earlier this month that the Pentagon thinks a Pelosi trip to Taiwan is “not a good idea right now.” Senior defense officials who briefed reporters on Friday declined to discuss any potential preparations for a trip.

Biden has designed his foreign policy in part around countering China’s growing economic and military might. Pelosi’s itinerary has also become a domestic political issue, with some Republicans urging her to visit Taiwan as a show of standing up to Beijing.

Kirby said Friday that Pelosi “does not need nor nor do we offer approval or disapproval” for travel. And he said, “The speaker is entitled to travel aboard a military aircraft.”

The military routinely supplies aircraft for travel by lawmakers, which presidents have the rarely used authority to deny. In a highly unusual move, then-President Donald Trump blocked Pelosi and other lawmakers from using a military plane to visit Afghanistan during a 2019 battle over a government shutdown and after she told him to delay his State of the Union address. 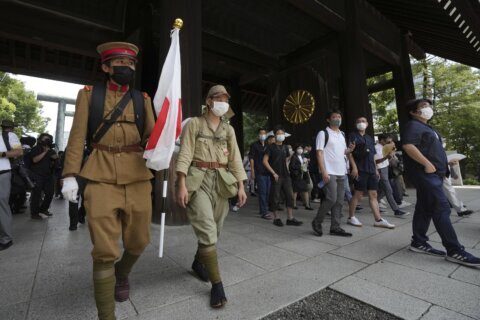 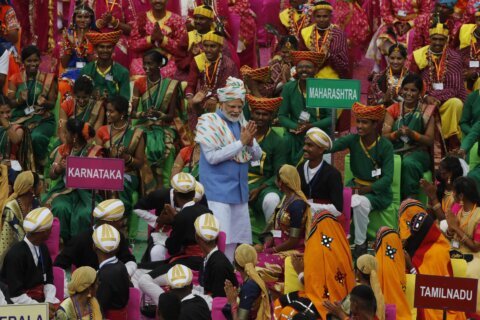