PAJU, South Korea (AP) — As a medical student in North Korea, Lee Gwang-jin said he treated his fevers and other minor ailments with traditional herbal medicine. But bad illness could mean trouble because hospitals in his rural hometown lacked the ambulances, beds, even the electricity at times needed to treat critical or emergency patients.

So Lee was skeptical when he heard recent North Korean state media reports that claimed such so-called Koryo traditional medicine is playing a key role in the nation’s fight against COVID-19, which has killed millions around the world.

“North Korea is using Koryo medicine a lot (for COVID-19) … but it’s not a sure remedy,” said Lee, who studied Koryo medicine before he fled North Korea in 2018 for a new life in South Korea. “Someone who is destined to survive will survive (with such medicine), but North Korea can’t help others who are dying.”

Like many other parts of life in North Korea, the medicine that the state says is curing its sick people is being used as a political symbol. That, experts say, will eventually allow the country to say its leaders have beaten the outbreak, where other nations have repeatedly failed, by providing homegrown remedies, independent of outside help.

As state media churn out stories about the effectiveness of the medicine and the huge production efforts to make more of it, there are questions about whether people suffering from severe disease are getting the treatment they need.

“Treating mild symptoms with Koryo medicine isn’t a bad option. … But the coronavirus doesn’t cause only mild symptoms,” said Yi Junhyeok, a traditional doctor and researcher at South Korea’s Korea Institute of Oriental Medicine. “When we think about critical and high-risk patients, North Korea needs vaccines, emergency care systems and other medical resources that it can use to” lower fatalities.

More than two months have passed since North Korea admitted its first coronavirus outbreak, and the country has reported an average of 157 fever cases each day in the past seven days, a significant drop from the peak of about 400,000 a day in May. It also maintains a widely disputed claim that only 74 out of about 4.8 million fever patients have died, a fatality rate of 0.002% that would be the world’s lowest if true.

Despite widespread outside doubt about the truth of North Korea’s reported statistics, there are no signs that the outbreak has caused catastrophe in North Korea. Some outside experts say the North may soon formally declare victory over COVID-19 in an effort to boost internal unity. North Korea may then emphasize the role of Koryo medicine as the reason.

“North Korea calls Koryo medicine ‘juche (self-reliant) medicine,’ treats it importantly and views it as one of its political symbols,” said Kim Dongsu, a professor at the College of Korean Medicine at South Korea’s Dongshin University. “North Korea doesn’t have many academic and cultural achievements to advertise so it’ll likely actively propagate Koryo medicine.”

North Korea officially incorporated Koryo medicine — named after an ancient Korean kingdom — in its public healthcare system in the 1950s. Its importance has sharply grown since the mid-1990s, when North Korea began suffering a big shortage of modern medicine during a crippling famine and economic turmoil that killed hundreds of thousands of people.

Koryo medicine refers to herbal concoctions that sometimes include animal parts, acupuncture, cupping, moxibustion and meridian massages. Such ancient remedies are used in many Asian and Western nations, too. But while in those countries traditional and modern medicines operate independently, North Korea has combined them.

Medical students are required to study both modern and traditional medicine at school, regardless of what they major in. So once they become professional doctors, they can practice both. Each hospital in North Korea has a department of Koryo medicine. There are also Koryo medicine-only hospitals.

Kim Jieun, a defector who is a traditional doctor in South Korea, said she majored in Koryo medicine at school in the North but eventually worked as a pediatrician and internal medicine doctor. She said that South Koreans generally use traditional medicine to maintain or improve their health, but North Koreans use it to treat diverse diseases.

The newspaper also published calls by leader Kim Jong Un to embrace Koryo medicine. Other state media reports said the production of Koryo medicine has quadrupled since last year, while a vast amount of modern medicine has also been speedily delivered to local medical institutions, a claim that cannot be independently verified.

North Korea’s nominally free socialist medical system remains in shambles, with defectors testifying that they had to buy their own medicine and pay doctors for surgeries and other treatments. They say North Korea’s advanced hospitals are largely concentrated in Pyongyang, the capital, where the ruling elite and upper-class citizens loyal to the Kim family live.

Lee, 29, who attended a medical school in the northern North Korean city of Hyesan, said Koryo doctors reused their acupuncture needles after sterilizing them with alcohol, and hospitals typically charged patients for the use of electricity for a medical examination.

H.K. Yoon, a former North Korean doctor who fled the country in the mid-2010s, said her mid-level hospital in the northeast had no ambulance, no oxygen concentrator and only three to four beds in the emergency room. She said she shared surgical equipment with other doctors, and her monthly salary was the equivalent of 800 grams (1.76 pounds) of rice.

“My heart aches when I recall the lack of surgical equipment,” said Yoon, who asked that her first name be identified only by initials because of safety worries about relatives in North Korea. “When my patients were critical, I wanted to perform surgeries quickly. But I couldn’t do it because surgical equipment was being used by someone else, and I worried about how soon I could sterilize and use it.”

Some experts earlier predicted that the COVID-19 outbreak could cause dire consequences in North Korea because most of its 26 million people are unvaccinated and about 40% of its people are reportedly undernourished. Now, they speculate that North Korea is likely underreporting its death count to prevent political damage to Kim Jong Un.

Lee, the former North Korean medical student, said people in Hyesan didn’t go to hospitals unless they were extremely sick.

“When they are moderately ill, they just receive acupuncture or Koryo herbal medicine. They trust Koryo medicine but they also don’t make much money and Koryo medicine is cheaper than Western medicine,” Lee said. 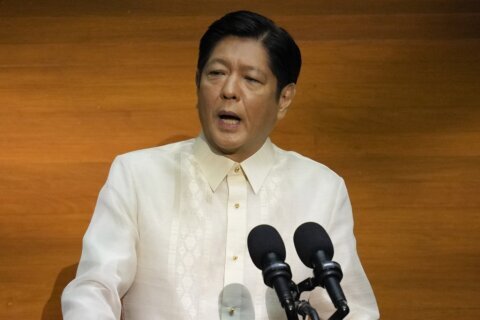 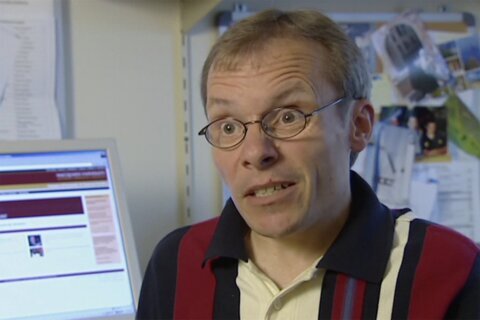