The delegation, led by lawmaker and former Defense Minister Shigeru Ishiba, said it wanted to reach an agreement with Taiwan on defense issues and prepare for any potential conflict in the region, while also seeking to prevent conflict from breaking out.

“We need to think ahead about what kind of situations could happen, what kind of laws and agreements we should prepare, and what kind of armaments we could use,” he said in prepared remarks at the Presidential Office. “We need to work together to reach consensus on this ahead of anything that could happen.”

Ishiba noted that Japan is also working closely with the U.S. to prevent conflict in the Indo-Pacific, saying the defense allies “had no choice” but to prepare.

Tensions in the region have risen amid increasing assertiveness from China, whose authoritarian ruling Communist Party considers democratic, self-ruling Taiwan its own territory, to be annexed by force if necessary.

The group of Japanese lawmakers was welcomed by President Tsai Ing-wen and will also meet with Su Tseng-chang, president of the Executive Yuan, and representatives from Taiwan’s Defense Ministry.

“Safeguarding Taiwan is not only about safeguarding sovereignty. It’s also because on the issue of strategic safety Taiwan is a very critical line of defense of the first island chain,” Tsai said. “We will continue to deepen our cooperation with Japan and other democratic partners to uphold the Indo-Pacific area’s peace and stability.”

Ishiba was accompanied by three other Japanese lawmakers — Yasukazu Hamada, Akihisa Nakashima and Takayuki Shimizu — who are all members of a cross-party national security group that is comprised of many who have served in the defense establishment.

Ishiba said Japan had a responsibility to promote regional security, economic development and rule of law.

“It cannot just be at the level of thought, just words spoken out of one’s mouth. Japan must take on concrete responsibilities in the Asia region,” he said. 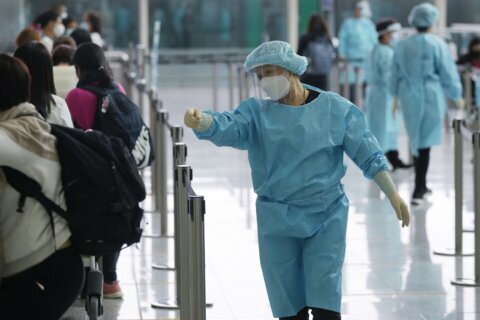