BEIJING (AP) — China’s government on Wednesday rejected as a “political lie” a report by The Wall Street Journal that Beijing tried to recruit informants in the Federal Reserve system to obtain U.S. economic data.

The report, citing an investigation by a Senate panel, adds to accusations of Chinese computer hacking and other efforts to steal U.S. commercial and government information.

The report “has no factual basis,” said a foreign ministry spokesman, Zhao Lijian.

The Journal said Chinese authorities tried to recruit employees of regional Fed banks by offering contracts. It said an employee who visited Shanghai in 2019 during U.S.-Chinese trade tension was threatened with prison to pressure the employee to disclose data including about tariffs.

“The report you mentioned is a political lie fabricated by a few Republican lawmakers who harbor ill intentions,” Zhao said in response to questions at a regular news briefing. He blamed “China-phobia and persecution mania.”

The Journal said the Senate panel’s report gave no indication whether sensitive information was lost in the decade-long effort that began in about 2013. It said internal Fed information could give insight into economic analysis, financial system oversight and interest rate policy. 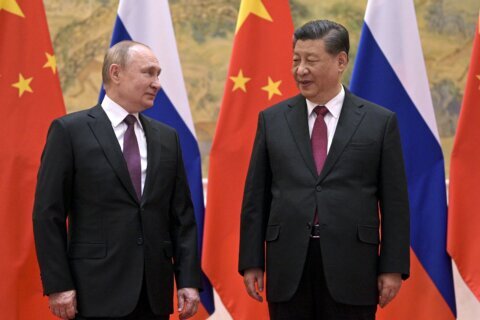